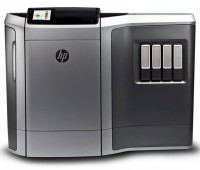 Research commissioned by the OEM and A.T. Kearney has placed the United Kingdom fifth worldwide for readiness to adopt 3D printing, in a study of the 30 leading global economies.

The UK is also placed in the top three of the world’s fastest growing 3D printing markets. But HP’s George Brasher, Managing Director for the UK & Ireland, says the Government must focus on three key areas if it is to maintain this position: Education, adoption, and incentives.

“The UK must invest in educational programmes to train the new digital workforce, and in university research to advance 3D technology,” said Brasher, discussing the first two of these key areas. “The government can accelerate the domestic market by being an early adopter through its procurement policies, and by supporting uptake among small businesses. Eliminating customs duties and other trade barriers on 3D printers and materials is also essential.”

He also spoke of the need for the Government to encourage investment in the industry: “Government can nurture the growth of a sustainable 3D ecosystem in Britain, by encouraging investment in digital manufacturing capabilities through tax breaks and direct grants. By focusing on these three vital areas, the UK government can ensure we stay ahead of the global digital manufacturing curve.”

The UK was ranked fifth in terms of how well-placed it is to adopt the technology and digitise its manufacturing, behind the USA, German, South Korea, and Japan. Its fellow European nations, Sweden, France, and Italy, were ranked eighth, ninth, and twelfth, respectively.

However, it is the planet’s third fastest nation in terms of accelerating its own domestic 3D printing market, with only South Korea and Italy ahead of it.

The rankings were based on six key criteria of readiness – adoption, demand, trade, people, governance, and technology. Although the UK is second in the world in terms of necessary trade conditions, and third in both technology readiness and positive governance climate, it is down in eleventh in the people category, “due in part to a lack of digital manufacturing skills.”

“The UK is at a critical juncture in these early days of the Fourth Industrial Revolution,” said Brasher. “We are well placed to lead the world in 3D printing, but there is no room for complacency when preparing the workforce for next-generation manufacturing.”