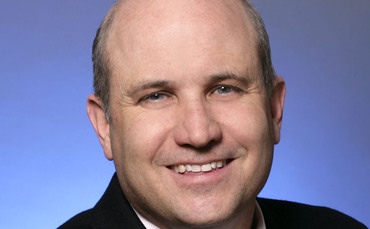 Brasher, who has been with the company for the best part of three decades, spoke to Computer Business Review about the HP Metal Jet, the 3D printer aiming to bring “mass production of metals online,” following the OEM’s Multi Jet Fusion 3D printer, which “covered” the other big substrate of 3D printing, plastic.

The Texan native disputed that 3D printing remained a niche industry, saying that it was at the top of the agenda of  the “customers that we sell PCs or printing to, the largest manufacturers in the UK.”

He continued: “It’s kind of this dichotomy – the industry is still growing, it’s still starting up. On the other hand, the market, the best estimates we see are around $30 billion (€26.08 billion) – that’s a big business.”

The company’s aim, Brasher delineated, was to “ramp up” the ‘break even point’ of HP’s current printers, which stands at 55,000 parts – any product requiring over 55,000 parts to be printed would be more economical if produced by traditional manufacturing methods.

“If you think about linear production lines,” said Brasher, “most of them are set up outside of the country they’re consumed, they’re based on manufacturing methodologies that have been around for 100 years. With 3D printing, you can create very customised products, you can do it at the point of consumption, so you can reduce costs and the negative impact on the environment from transportation or waste.”

The Metal Jet will begin shipping from 2020, with broader availability following the year after.

Brasher also discussed HP’s purchase of Samsung’s printer arm earlier this year, which he said brought HP thousands of patents and engineers, as well as software and hardware assets.

“What Samsung gave us was the ability to purchase that base printing technology,” he said, “not just hardware, but all the solution architecture that came around that. It’s really about a connected device that sits on the network, it’s got to print great, but it’s also got to have security that sits around it and it’s got to have a level of solutions so it integrates with business processes. There’s no longer this standalone copier that sits in the corner that’s kind of on its own, it’s a network device, so we decided to have both the hardware and software assets.”

The interview also took in Brasher’s own personal life, after four years living in Britain. He detailed how he has successfully adapted to the travails of Tube travel, and his passion for Chelsea Football Club, making regular trips with his son to Stamford Bridge to follow the Blues. No adopted native would be complete, either, without a love for the Sunday roast, which Brasher also admits to developing a taste for.

“I like HP and I like the opportunities but I really like London,” he explained. “Anything you like to do London has, if you like movies, great, you’ve got movie premieres, you’ve got movie festivals. You’ve got the best museums in the world. Music – you can get any kind of live music you want. So I think it’s just a great city for living.”

Brasher added: “The Sunday roast is something we’ve really learned to love as a family. The Yorkshires you want piping hot as they come out the oven.”