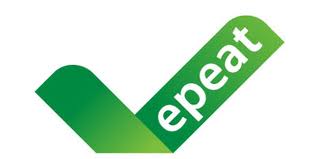 Outcome reports compiled by Oregon-based Green Electronics Council (GEC) for 2018 have revealed some electronics manufacturers were still slipping up when it comes to EPEAT compliance.

As Resource Recycling reports, GEC is responsible for overseeing the EPEAT program and its reports “detail instances of electronics manufacturers failing to meet recycling and reuse criteria under the EPEAT program last year.”

Electronics manufacturers who have products listed on the EPEAT registry demonstrate to their customers that their items “met certain environmental friendliness standards, some of which touch on repairability and recyclability.” As a result, such a listing makes the product appear more “attractive” to high-profile purchasers such as the government or private-sector buyers.

While the majority of OEMs “were found to be in compliance” with EPEAT standards, “some instances of non-conformance” were also discovered, pertaining to the areas of reuse and recycling.

Konica Minolta also fell foul of the EPEAT criterion “for being out of compliance with the following optional criteria it was claiming; that it recycles or reuses toner and the plastics from toner cartridges collected through its take-back program.”

Konica Minolta responded by ceasing to claim those criteria for two models of copier/printer/scanner which it sells in Canada.

In addition, Konica Minolta failed to comply with the “optional cartridge plastics recycling criterion” relating to a model of copier/printer/scanner sold in Australia; however the OEM was able to offer “additional evidence” to demonstrate its compliance in that case.