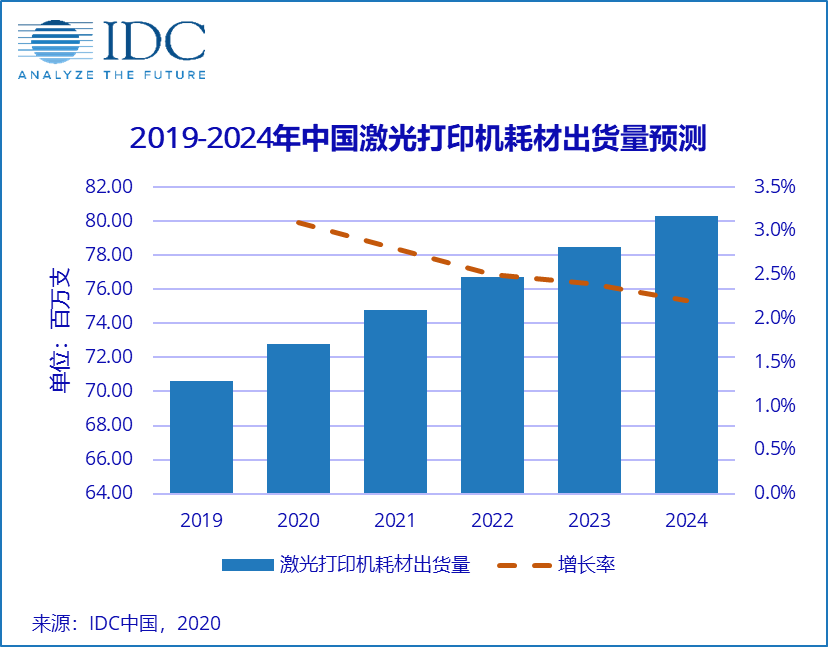 The data shows that the continuous supply product market is entering an upward trend, whereas inkjet cartridges shipments are declining, according to IDC.

IDC said that the COVID-19 pandemic that began in January 2020 has had a huge impact on many industries in China. For the home office market, which is dominated by inkjet products, inkjet products are “hot” because of the explosive printing demand for learning materials of various schools. In China, the price of machines and consumables in the inkjet channel has doubled, and some of them have become out of stock. This in turn has led to low-end laser printers gaining the favour of home users.

The outbreak of this pandemic has far-reaching and even negative effects on many domestic industries, but for printing and consumable manufacturers, it has a relatively positive side, IDC said. The outbreak of the pandemic has spurred a surge in demand in the home printer market and the Chinese government has recently issued a general guidance strategy for the country ’s new infrastructure. IDC said that under the severe situation of foreign trade, it is imminent to boost domestic demand.

In the post-epidemic market, changing new models of offline and online marketing, developing home printing and new commercial scenarios in the context of big trends such as big data and cloud services are opening new ideas and opportunity for the printing consumable manufacturers, IDC concluded.