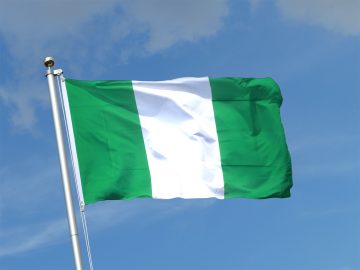 The government of Nigeria is seeking to do a survey of HP toner cartridges and HP computers with a view to partner with HP for its supplies.

As The Nation reports, as a measurement against counterfeiting the government of Nigeria is looking to change its policy and is pursuing a possible partnership with HP as its sole supplier for toner cartridges and computers in an attempt to “procure its genuine products for maximum output.”

This move would also exclude any potential counterfeit products since they would only be supplied the genuine OEM products.

According to The Nation: “The Permanent Secretary, Federal Ministry of Communications, Mr. Musa Istifanus, made the promise during a meeting between officials of the Ministry and a delegation of HP Computer Manufacturers Company in Abuja at the weekend.”

At the meeting Istifanus reportedly said: “We will encourage registration with HP to supply genuine computer systems and parts, service the bad ones through their certified engineers and distributors to put an end to the ugly trend of illegal distributors who make consumers to pay more for bad products that end up not serving their purposes.”

The Nation reports that this “contradicts government’s position on local content policy” in regards to promoting Nigerian products in “contracts and science, engineering and technology”, an executive order signed into law only last year by President Muhammadu Buhari.

As part of this government review and campaign, Istifanus is also looking to organise “workshops to educate consumers on how to identify fake products and their implications on their (consumers) economy.”

Over the last five years, around twelve million counterfeits and components have been seized by authorities across the EMEA region, Jones added. He also revealed that HP had conducted more than 4,500 audits and inspections of partners’ stocks or suspicious deliveries for customers, whilst also “actively” educating customers and partners on the importance of vigilance against fakes.