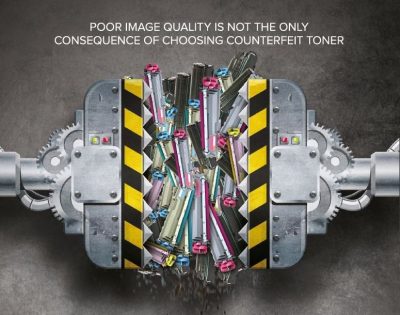 Along with local police, HP officials have successfully shut down a counterfeiting operation in Lagos State.

As The Nation reports, Lagos State Police Command, helmed by Commissioner of Police I.O Edgal, along with officials from HP, have collaborated to close down a “large-scale international counterfeiting operation” being conducted in the state.

As a result, a number of seizures were conducted across Lagos and Abuja at “shops, warehouses and manufacturing sites” and a total of 142,000 illegal items were collected by Nigerian law enforcement, most of which consisted of components for the manufacture of counterfeit ink and toner cartridges.

Country Supplies Business Manager, Nigeria and Ghana, Olatunji Itiola, said: “HP is thrilled to continue its success working with the Nigerian government and authorities, to close down these illegal counterfeit operations. We are proud that the collaboration is working to reduce counterfeiting operations in the region, and bring the associated criminals to justice. With our unwavering efforts and commitment to end these counterfeit operations with local officials, we continue to focus on the safety of our customers through our anti-counterfeiting and fraud programme.”

HP has conducted a long and public war on counterfeiting, which has included “over 4,500 audits and inspections”, and the OEM’s own Anti-Counterfeiting and Fraud Programme, through which it “actively educates its customers and partners to be vigilant against fake printing supplies.”

In addition, as with the raid in Lagos, the OEM “cooperates closely with local and global law enforcement authorities to detect and dismantle illegal operations that product counterfeit HP printing components.”