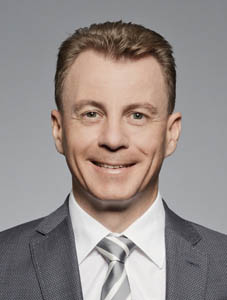 In a recent interview published in the Financial Express, the CEO of Munich-based Reverse Logistics Group elaborates on the e-waste recycling campaign his firm has launched in India.

“India is one of the worst impacted countries as approximately 18 lakh metric tonne (MT) of e-waste is generated every year, which is estimated to go up to 52 lakh metric tonne by 2020,” explained Patrick Wiedemann. His company, Reverse Logistics Group, is attempting to counter this ever-growing problem with a campaign entitled ‘Clean to Green’, which promotes responsible e-waste recycling across the country.

Wiedemann explained that the campaign “is aimed at sensitising consumers on responsible disposal of electronics and safe practices for recycling e-waste by partnering with relevant organisations.”

He said, “We are kick-starting this campaign from New Delhi and will be expanding it to 10 cities. This campaign will cover children in the 12-16 years age group, adults in the 20-60 age group, working professionals and businessmen. We are hosting activities in schools, office clusters, retail outlets and with resident welfare associations (RWA) under this campaign.”

Weidemann revealed that the campaign is financed by his Munich-based firm and they have “customers and producers with extended producer responsibility obligation that provide funds for the campaign.”

When asked why his company had elected to enter India, the CEO said that the country offered “a huge opportunity to build a formal sustainable electronics recycling industry which will help to foster and support the process of formalising the informal sector.”

When it comes to the actual processing of the e-waste, Weidemann explained that the hazardous waste “is sent for professional treatment and disposal in an environmentally sound manner” and said his company “rigorously audits” its recycling partners to ensure they meet the appropriate standards in terms of both “environmental and safety norms.”

He stated that, as part of the audit process, the recyclers “provide the Certificate of Destruction” and said that RLG “walk an extra mile by requesting them to follow our MIS and mass and inventory flow management.”

When queried about any collection centres or drop points, where products can be deposited by the public, he explained, “We are currently in the process of tying up with collection points and would like to have a minimum two collection points in every state in India.”