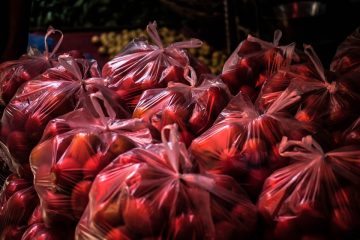 The city has instituted a new ban on single-use plastics, meaning anyone caught using these items will face a hefty fine and three months in prison.

As The Guardian reports, Mumbai “has become the largest Indian city” to implement such a ban, setting a penalty of up to 25,000 rupees and three months imprisonment. Council inspectors have been posted at various locations around the city to look out for would-be offenders, and several businesses have already incurred fines for utilising single-use plastics, among them a McDonalds and a Starbucks.

“For the pollution situation it’s fine to do this but for the people it is a big problem,” said Kamlash Mohan Chaudhary, a Mumbai resident. “People here carry everything in plastic bags.”

The ban is already causing some difficulty, as vendors complain that “inspectors are causing confusion over the ban to extort money”. In addition, torrential rain soaked through the jute and cloth bags many people were using as alternatives to plastic bags, and anxious messages have been circulating among the populace via WhatsApp, with Chaudhary explaining, “We are all very afraid”.

While India uses “less than half of the global average” when it comes to plastic, it “has among the highest rates of mismanaging plastic waste in the world”, a study conducted in 2015 revealed; hence the importance of such a single-use plastic ban instituted in Mumbai and other locations around the country.