Kyocera has a winning week 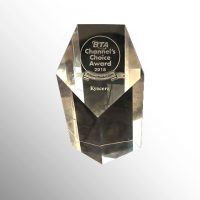 The OEM announced this week that it had taken top honours at the 2018 edition of the BTA Channel’s Choice Awards.

This year’s BTA Channel’s Choice Awards were held on 19 September 2018, at the Stewart Hotel in New York City, in conjunction with the 2018 BTA National Conference.

The event was attended by independent dealers from across the United States, representing all major document imaging manufacturers.

Channel’s Choice is based entirely on the opinions of the independent dealer community. Ballots are sent to every BTA member dealer, as well as many non-member dealers. Dealers are asked to rate their primary- and secondary-line hardware vendors in key performance categories, such as Corporate Support, Distribution, Product Line, and Inventory. Votes are also cast in three additional award categories – third-party leasing, cartridge remanufacturer, and wholesale distributor.

“Our goal has always been to be the industry’s most dealer-centric company,” said Oscar Sanchez, President and CEO of KYOCERA Document Solutions America. “Our next goal is to continue to raise the bar even higher.”

“This comes from the dealers – and that means everything,” said Danielle Wolowitz, Vice President, Corporate Marketing at KYOCERA Document Solutions America. She pointed to the name of the award and its significance. “They’re not just voting on the product line… it’s the product line provider. It’s about how we support our dealers, the resources available to them, the initiatives we are introducing… they’re embracing all of it.”

With this year’s award, Kyocera has now been recognised as the top choice for independent dealers in two of the last three years. Kyocera also took home the evening’s highest honour in 2016.