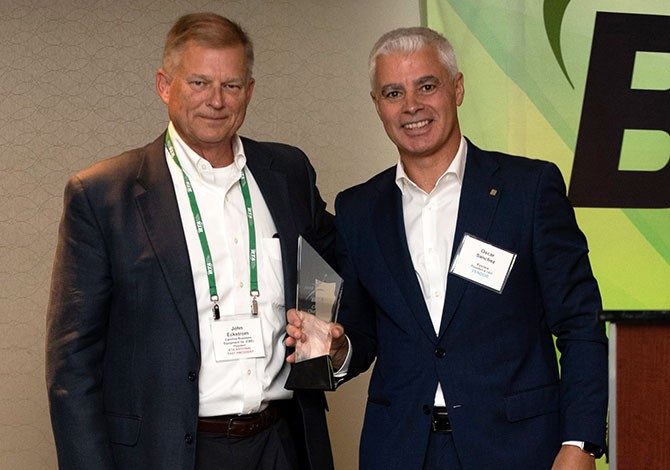 Kyocera Document Solutions America, Inc. announced it was awarded the 2019 Channel Champion award by the Business Technology Association (BTA), at a BTA event in NYC.

The Channel Champion award recognises a vendor that brought BTA the most new dealer members during a campaign period (1 February – 31 July 2019). Reaffirming Kyocera’s commitment to fostering a prosperous and strong future for the independent dealer channel, Kyocera introduced more dealers than any other vendor during this campaign period.

“This award serves to recognise Kyocera for its focus and success in encouraging dealers to join the Business Technology Association in order to help them remain the premier source of distribution in their local markets,” said Brent Hoskins, Executive Director for BTA. “This recognition has distinguished Kyocera among its peers for its commitment to help strengthen the BTA Channel through membership in the association.”

This year’s Grand Slam event, hosted by the association’s BTA East district, featured a keynote address by Chris Messina, the inventor of the hashtag, a dealer panel discussion on how dealers are growing net-new business and educational sessions centred around the document imaging industry. There were also 49 exhibiting companies.

“It is a tremendous honour and privilege to be recognised by BTA and the dealer community,” said Danielle Wolowitz, Vice President of Corporate Marketing. “As a dealer-centric organisation, Kyocera Document Solutions America is committed to sharing our expertise and insight to help support and drive growth for the independent dealer network.