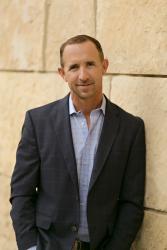 Sammy Kinlaw of Lexmark has appeared on the list of “50 Most Influential Channel Chiefs”, compiled by CRN Magazine.

Lexmark made the announcement via its corporate social media, offerings its congratulations to Kinlaw, who was appointed the OEM’s new Vice President of Worldwide Channel and OEM Sales last month.

Kinlaw, who holds a Bachelor’s degree in Marketing from the University of North Carolina, and has held a number of senior executive roles in the industry, was previously named among CRN’s “Top 25 Channel Sales Leaders in 2016”.

The magazine’s profile of Kinlaw states that he “is an excellent fit for leading the channel for the printing solutions and services company” and explains that his former roles at IBM and Lenovo have “allowed him to hone his skills as a channel executive and understand the true value” provided by the Commercial Channel.

Speaking of his decision to join Lexmark, Kinlaw said it was a “no-brainer”.

CRN’s profile also includes some fun facts about Kinlaw, such as his passion for photography, playing the piano and skiing.