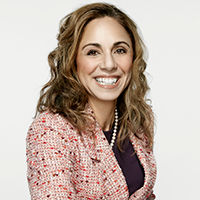 In a recent interview with Dede Henley, HP’s Chief Legal Officer and Corporate Secretary shed some light on how she was striving to promote diversity and inclusion.

When asked why she was so focused on diversity, Rivera replied, “As a woman of colour and an executive, diversity is a topic I have been engaged with for more than twenty years, mostly as it relates to the legal profession, but also as it relates to corporate America, women and underrepresented minorities in positions of power. My particular focus has been to draw attention to the lack of progress being made on all of these fronts.”

When it comes to HP’s philosophy of diversity, Rivera explained that the OEM believes its long-term success “hinges on innovation, and we cannot innovate and create a winning culture without diversity.”

She conceded that creating such a culture is not a straightforward process but “complex and multifaceted”, and after many conversations with the HP team they realised that a key way to promote such thinking might be through “financial incentives”, although they “weren’t at all sure if it was going to work.”

As a result, HP made diversity and inclusion “a contractual condition to doing business with us”, withholding fees from external law firms until they “were performing against our metric.”

Subsequently, Rivera revealed, the OEM has witnessed a 30 percent rise in the number of firms meeting its diversity criteria, and she said that the next step is “to figure out how to get other people outside of HP to adopt our program.”

Rivera concluded, “If we can persuade others, my vision is to find a billion dollars in client funds that can be put into this kind of structure, because I think it could cause a seismic shift. And that is very exciting.”