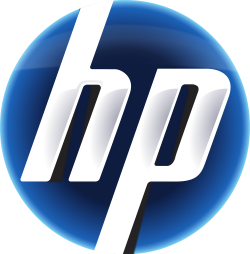 HP is facing a legal dispute with Ortiz & Associates Consulting, LLC over an alleged patent infringement.

The Recycler has viewed court documents revealing that HP has become embroiled in a patent infringement case with plaintiff, Ortiz & Associates Consulting, LLC, an Albuquerque-based provider of legal process services.

The plaintiff is accusing HP of patent infringement, filing its complaint on 1 February 2018 with the U.S. District Court for the Northern District of Illinois.

The patent named in the case is United States Patent No. 9,380,414, also known as the ‘414 Patent, which was issued on 28 June 2016 by the United States Patent and Trademark Office and is entitled “Systems, Methods and Apparatuses for Brokering Data Between Two Wireless Devices, Servers and Data Rendering Devices.”

The documents state that:

“The invention in the ’414 Patent relates to the use and management of data retained over wireless networks, and more particularly, to systems, methods, and apparatuses for providing data, such as documents and video, to data rendering devices (DRDs) including networked printers capable of printing documents and multimedia devices, such as televisions, video monitors, and projectors, capable of displaying video data at the request of wireless devices.”

HP has been accused of direct infringement of the ‘414 Patent, with the court papers explaining:

“HP has been and continues to directly infringe at least claim 1 of the ’414 Patent in this District and elsewhere in the United States by providing a device, for example, HP’s ePrint (“ePrint”), that performs the steps of brokering data between a wireless device (WD) and a data rendering device (DRD). For example, HP’s ePrint allows users to email documents or photos they want to print directly to an HP-enabled web printer from any location with an active Internet connection.”

In addition, the OEM has been accused of Induced Infringement “of at least 1 claim of the ‘414 Patent by actively inducing its customers, including merchants and end-users to use HP’s products in an infringing manner”.

Ortiz “is entitled to recover damages adequate to compensate it for such infringement” and the plaintiff is seeking an injunction prohibiting further infringement of the patent under dispute.

In total, Ortiz seeks the following from this lawsuit: “A declaration that HP has infringed the Patent-in-Suit; an award of damages to compensate Ortiz for HP’s direct infringement of the Patent-in-Suit; an order that HP and its officers, directors, agents, servants, employees, successors, assigns, and all persons in active concert or participation with them, be preliminarily and permanently enjoined from infringing the Patent-in-Suit under U.S.C. § 283; an award of damages, including trebling of all damages, sufficient to remedy HP’s willful infringement of the Patent-in-Suit under 35 U.S.C. § 284; a declaration that this case is exceptional, and an award to Ortiz of reasonable attorneys’ fees, expenses and costs under 35 U.S.C. § 285; an award of prejudgment and post-judgment interest; and such other relief as this Court or jury may deem proper and just.”