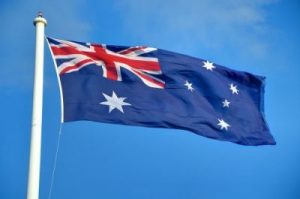 A new survey commissioned by HP Australia, in association with Planet Ark, indicates that 90 percent of Australians have concerns about the state of the environment.

As WideFormatOnline reveals, the HP Australia Environmental Sustainability Survey 2018 “was commissioned to uncover the perceptions, values and behaviours of Australian consumers and businesses towards environmental sustainability.”

PHD Research conducted the survey, which featured over 1000 respondents from the 38-53 and 22-37 age brackets, as well as over 600 businesses, consisting of both home and small office-run ventures and medium-sized operations.

“Australia is one of the most biologically diverse countries in the world, with our pristine beaches and native wildlife having long been a source of national pride,” said Paul Gracey, Interim Managing Director, HP South Pacific. “Existing in a society increasingly characterised by single-use products and packaging, Australians are starting to recognise the impact their day-to-day behaviours have on the health of the environment.

“HP Australia has been a long-standing supporter of Planet Ark. Through this research collaboration we aim to help Australian consumers uncover new ways to help the planet, while putting a spotlight on the need for businesses and brands to take meaningful action towards becoming more environmentally sustainable – both for the health of the planet and to future-proof their business,” Gracey added.

All respondents to the survey were consistent with the view that “businesses and brands should be most responsible for their impact on the environment, above individuals, retailers and government.”

71 percent of consumer and 77 percent of business respondents expressed “a willingness to pay a premium for environmentally sustainable products”.

“It is no longer enough for companies to have environmentally sustainable practices – they need to encourage these behaviours in others,” said Ryan Collins, Recycling Programs Manager, Planet Ark.

“Our environment is the most important resource we have and to keep it healthy we must promote better sustainability practises. Today’s consumers have good intentions but look to brands to help them to make positive changes towards protecting the environment in their day-to-day. At Planet Ark, our focus is on enabling companies to be part of the solution and we’re proud to be working alongside HP to better educate Australian consumers and businesses,” Collins added.

The joint study revealed that the main concerns of both consumers and businesses in Australia are the issues of marine plastic pollution, landfill waste and impact on the natural environment.

But it also revealed a troubling lack of knowledge regarding recycling, with 50 percent of consumers and 44 percent of businesses neglecting to recycle ink and toner cartridges.

As a result, Gracey is encouraging them to “talk to their local council about e-waste and other recycling initiatives”.

“Also look at your home or office and think about how green the products you use truly are. Take your printer, for example. It’s not just about whether you can recycle the paper your printer uses, but the ink and toner cartridges as well, even the components of the printer itself. The flow on effects can be significant,” added Gracey.

HP itself has often expressed its commitment to environmental sustainability and in Australia is the founding member of the Cartridges 4 Planet Ark program, which offers places to drop used printer cartridges so that they can be recycled and reused.

The OEM’s Environmental Sustainability Survey 2018 can be found here.