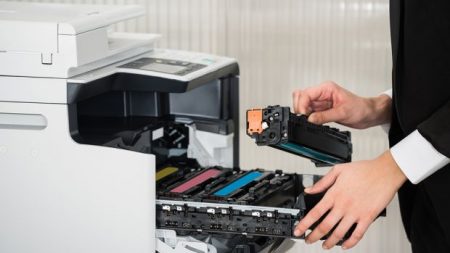 The German government confirms there are no resulting risks from ultrafine particles from laser printers for indoor spaces/ workplaces.

In its answer it said, every couple of years, the public speculates that emissions from laser printers pose great dangers. Federal authorities such as the Federal Institute for Risk Assessment (BfR), the Federal Agency for Occupational safety and health (BAuA), the Federal Office for Materials Research (BAM) and the Federal Environment Agency (UBA) have worked intensively with the Subject.

The response follows a December 2018 request by Ralph Lenkert, Jutta Krellmann, Dr. Gesine Lötzsch, another MP and the DIE LINKE parliamentary group sent to the federal government regarding the protection against ultra-fine particles from printer emissions in government offices.

In its initial questioning to the government, the group laid out that fine dust particle emissions can have a significant impact on health. Several studies and governmental agencies have classified it as dangerous and according to the federal government, ultra-fine particles (UFP) are particularly worrying and can be absorbed from the lungs into the blood.

In its question to the Bundestag, the group was asking for the federal government to introduce limit values ??for UFP’s and thus protect the health of people who have an office job and ultimately also the employees of federal authorities.

In its response the government added that according to the BAuA, generally there are no relevant risks resulting for a risk assessment at the workplace that would need to be taken into account. Only the general dust limit value is relevant for emissions from laser printers and copiers. At office workplaces, this is far below this (by a factor of around 100).

When asked about the use of dust filters on laser printers to limit UFP spread, the government said: “The use of filters is about general precaution and not about defense of demonstrable health risks.”