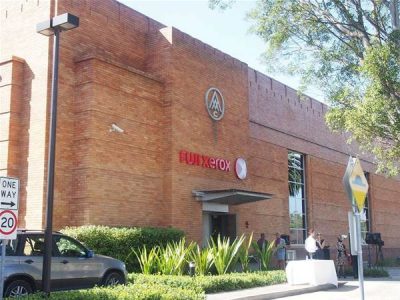 The company has demonstrated its commitment to “going green” with the opening of this new facility, which will recycle and remanufacture parts up to three times.

As ProPrint reveals, the centre is located at Sydney’s Rosehill and is “housed in a heritage listed building with recycled rubber flooring, smart power and air con and recycled furniture”, which have combined to grant the building a five-star gold rating from the Green Building Council Australia.

Bede Wolf, Operations Manager at the Eco Manufacturing Centre, said that although Australia is currently the world’s second highest producer of landfill, it is his belief that it doesn’t have to be this way, and that corporations have a significant role to play in turning this around.

“Corporations have a role to play in leading society down a pathway. We don’t have to occupy the second rank,” Wolf explained during a visit by members of the Lithographic Institute of Australia (LIA).

“We believe it can be led by industry, not just domestic,” he said.

The new Rosehill site features a 600sqm laboratory where used parts are taken apart and remanufactured; it is also used for customer product training and service. Approximately 30 staff work here on a daily basis “to bring the parts back to life.”

“Recycling is important but re-manufacturing is the bees knees of sustainability in product stewardship,” Wolf said.

“This is a shared lab. It’s used for training and support but it’s also used for embryonic re-manufacturing programs. So if we have identified a part that we think could be re-manufactured we will undertake an engineering process to understand the failure wear modes and then build a prototype for a remanufactured model. That prototype will then be deployed in one of these machines or at a sympathetic customer site and will be tested to ensure that is just as good as new,” Wolf said.

“Same quality, same life expectancy. If the part fails it goes through that cycle again and if it passes we are able to run a pilot and ramp up that production,” he continued.

“It’s something of an asset in itself – the ability to create a re-manufacturing program. It’s not trivial. Once you’ve been through it for the ten thousandth time it seems easy but actually compared to other organisations in same or other industries are trying to launch that and look down that pathway, we recognise that we have a real asset in this re-manufacturing capability.”