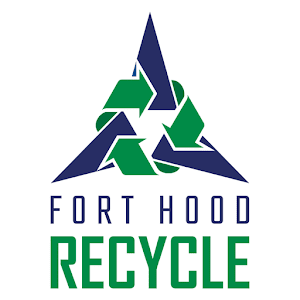 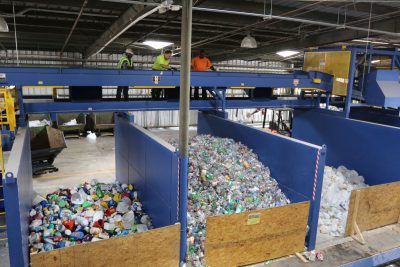 As the Fort Hood Sentinel reports, its Qualified Recycle Program has won the Secretary of the Army Award for Environmental Quality.

Recognised as “the U.S. Army leader in recycling”, the program will also “go on to represent the Army and compete in the Secretary of Defence Environmental Awards program this spring.”

“As a true leader in solid waste management and recycling, we have the best QRP in the Army, here at Fort Hood,” Col. Hank Perry, Fort Hood garrison commander, said. “I take tremendous pride in our team’s efforts to inspire the community and the support of Soldiers, civilians and their Family members to do their part to recycle.”

“Our employees work hard every day to make sure the operation runs smoothly,” explained Fort Hood Recycle’s Business Operations Manager, Michael Bush. “We appreciate the support of our soldiers and their families to do the right thing and recycle as much as possible.”

“A QRP can save a lot of time, effort and money for the Army when disposing of eligible unserviceable products,” Bush said. “If you want to get better at your disposal logistics, then you should engage your QRP and make sure they are part of your efforts. The impact on your installation can be very positive and very significant to your bottom line.”

As well as its recycling practices, the Program also educates soldiers and civilians on how to collaborate to create “a greener future”, and used $89,000 generated by its recycling revenue to sponsor 32 soldier and family events.

“The recycle program has been a significant contributor of funding Soldier and Family programs such as our Independence Day massive firework display, as well as numerous other morale-building events for Soldiers, Families, retirees, survivors and Department of the Army civilians that would not have taken place without this critical support,” Nicholas Johnsen, Director of Family and Morale, Welfare and Recreation, said.

Fort Hood has over 500 recycle locations scattered “across the installation”, as well as “an upgraded single-stream facility.” An app called Fort Hood Recycle also assist the recycling team by allowing them to “search an item and learn how best to dispose of or recycle” it.

“Our team is able to take valuable resources that would otherwise have ended up in the landfill, collect, process and sell them, generating funds that pay their overhead and generate a profit that goes back into our community,” Brian Dosa, director of Public Works, said. “They are helping us achieve Net Zero Waste goal while making a profit – amazing.”

“Fort Hood’s ability to accomplish Net Zero is a mission driven effort, and requires the same disciplined planning, and execution that all missions require,” Johnsen said.

“We hope that other Central Texas communities and other Army installations see that recycling is a viable alternative to burying precious resources in landfills,” Dosa concluded. “Recycling can be profitable and generate valuable funds that communities can use to support other programs.”