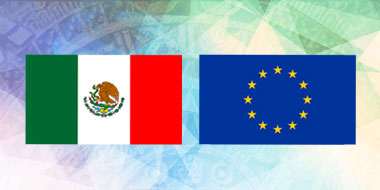 The European Union has announced a new trade agreement with Mexico, as part of an updated and modernised EU-Mexico Global Agreement.

The key facets of the agreement include the declaration that practically all trade in goods between Mexico and the EU will be duty-free, whilst sectors including transport equipment, machinery, and pharmaceuticals will all benefit from new, simpler, customs procedures.

The agreement also covers areas such as workers’ rights, sustainable development, and tackling private and public sector corruption – a first for an EU trade agreement.

The two bodies have also committed to implementing their obligations to tackling climate change under the Paris Agreement.

The agreement “brings the EU’s trade relationship with Mexico into the modern era,” declared a press release, which stated it was “tearing down most of the remaining barriers to trade.” It supersedes a previous trade agreement between the pair, which originally came into force in the year 2000, with Mexico becoming the first Latin American nation to sign an agreement with the EU; since then, trade has risen at a rate of approximately 8 percent a year – with a total rise of 148 percent since the original signing.

“Trade can and should be a win-win process, and today’s agreement shows just that,” explained Jean-Claude Juncker, President of the European Commission. “Mexico and the EU worked together and reached a mutually beneficial outcome. We did it as partners who are willing to discuss, to defend their interests while at the same time being willing to compromise to meet each other’s expectations.”

Under the new agreement, EU agricultural exports will benefit from reduce tariffs, preferential access and geographical protections for products such as Comté cheese and Szegedi szalámi. New customs procedures will simplify and speed up paperwork and checks, whilst a trade and sustainable development chapter will enforce high standards of labour, safety, environmental, and consumer protection. It also allows the EU to keep products from its market if they are not scientifically certain to be safe.

There are also chapters on political and developmental cooperation, protecting human rights, and fighting corruption, bribery, and money laundering.

Furthermore, the agreement contains a “high level of protection” for IP rights, which will protect EU research and development, and guarantee fair pay for EU artists and producers.

Trade in services, including e-commerce, telecommunications, transport, and financial services, will also be opened up thanks to the agreement, which includes a specific chapter on digital trade, removing barriers such as the charging of customs duties on downloads.

“In less than two years the EU and Mexico have delivered a deal fit for the economic and political challenges of the 21st century,” said European Commissioner for Trade, Cecilia Malmström. “We now open a new chapter in our long and fruitful relationship, boosting trade and creating jobs. Today’s agreement also sends a strong message to other partners that it is possible to modernise existing trade relations when both partners share a clear belief in the merits of openness, and of free and fair trade.”

Negotiations for the deal began in May 2016, and the full legal text will be finalised by the end of 2018, once remaining technical details have been tied up by negotiators. It will subsequently be submitted for approval by the European Parliament and Council.

“With this agreement, Mexico joins Canada, Japan and Singapore in the growing list of partners willing to work with the EU in defending open, fair and rules-based trade,” said Juncker, whilst Commissioner for Agriculture, Phil Hogan added that the agreement “proves yet again the value of the EU leading from the front globally.”

“Our commitment is to deliver benefits for our citizens at home through closer cooperation with our partners abroad,” Hogan continued. “This deal is very positive for our agri-food sector, creating new export opportunities for our high-quality food and drink products, which in turn will create support more jobs and growth, particularly in rural areas.”

“The European Union and Mexico stand together for open, fair and rules-based trade,” said Guajardo Villareal, the Secretary of the Economy of Mexico, in a joint statement with Malmström and Hogan. “This will contribute to making our trade relationship fit to face the opportunities and challenges of the 21st century.”