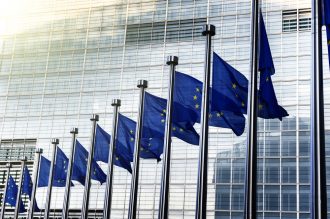 The European Union’s long-awaited waste legislation came into effect at the beginning of this month, having been published in the Union’s Official Journal of new laws.

Having been agreed upon by the European Council, Commission, and Parliament in December, approved by EU ambassadors in February, and ratified by the Council in May, Member State governments now have two years to integrate the directives into their own national legislation, reports resource.co.

The Circular Economy Package, or CEP, involves new recycling targets for municipal waste, which is estimated to be between 7 and 10 percent of all the waste generated in the EU. The targets are staggered, with Member States expected to reach a recycling rate of 55 percent by 2025, increasing by 1 percent every year to reach 65 percent by 2035.

“Improving the efficiency of resource use and ensuring that waste is valued as a resource can contribute to reducing the Union’s dependence on the import of raw materials and facilitate the transition to more sustainable material management and to a circular economy model,” explains the text of the CEP. “That transition should contribute to the smart, sustainable and inclusive growth goals set out in the Europe 2020 strategy and create important opportunities for local economies and stakeholders, while helping to increase synergies between the circular economy and energy, climate, agriculture, industry and research policies as well as bringing benefits to the environment in terms of greenhouse gas emission savings and to the economy.”

The CEP also contains specific targets for particular materials, with Member States expected to hit recycling rates of 55 percent for plastic, 70 percent for packaging, 75 percent for glass, 60 percent for aluminium, 30 percent for wood, and 85 percent for paper/cardboard, all by 2030; it also stipulates separate requirements for biowaste. textiles waste, hazardous waste, and landfill (including a commitment that by 2030, no waste suitable for recycling or recovery will be confined to landfill.)

There is also special focus on extended producer responsibility, to ensure that waste management costs are shared; producers placing products onto the EU’s market will contribute to the financial cost of end-of-life treatment.

The CEP states that “Extended producer responsibility schemes form an essential part of efficient waste management”, the CEP states, adding that it should complement, not contradict, “the smooth functioning of the internal market.”

“The general minimum requirements should reduce costs and boost performance,” it continues, “as well as ensure a level playing field, including for small and medium-sized enterprises and e-commerce enterprises. They should also contribute to the incorporation of end-of-life costs into product prices and provide incentives for producers, when designing their products, to take better into account recyclability, reusability, reparability and the presence of hazardous substances. Overall, those requirements should improve the governance and transparency of extended producer responsibility schemes.”

The CEP also adheres to the old adage that ‘prevention is better than cure’, stating that “waste prevention is the most efficient way to improve resource efficiency and to reduce the environmental impact of waste.” It therefore encourages waste-reducing business models, and crucially, reuse, stating that “Member States should facilitate innovative production, business and consumption models that reduce the presence of hazardous substances in materials and products, that encourage the increase of the lifespan of products and that promote reuse including through the establishment and support of re-use and repair networks, such as those run by social economy enterprises, deposit-refund and return-refill schemes and by incentivising remanufacturing, refurbishment and, where appropriate, repurposing of products as well as sharing platforms.”

One grey area left by the publication of the CEP is the role of the United Kingdom, which is currently set to leave the EU at the end of March 2019. The nation ratified the proposals of the CEP, and has stated it will work towards them – indeed, DEFRA’s Shaun Gallagher has said Brexit presents an opportunity to exceed the targets of the CEP, although Britain is reportedly currently struggling to reach 2020’s 50 percent recycling rate target, and the Environmental Department has been forced to lower WEEE targets.