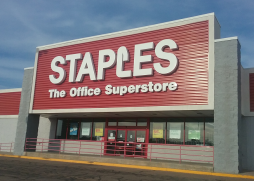 The company’s Board has determined the office supplier’s offer a “superior proposal” to that of S.P. Richards.

The Illinois supplier has announced that its Board of Directors, after consultation, has determined the acquisition proposal from Staples is a “Superior Proposal”, as defined in its previously-announced merger agreement with S.P. Richards of April this year.

Essendant now intends to terminate that merger, in order to enter into a new merger agreement with Staples. S.P. Richards retains the right to propose amendments to the terms of its original merger. During the period of notice, Essendant’s Board may not change its previous recommendation to shareholders that they vote in favour of the S.P. Richards transaction.

As it stands, “there can be no assurance that the Staples proposal will result in the consummation of a transaction,” or that any adjustments will be proposed to the S.P. Richards agreement, which Essendant remains subject to. The Board has not yet made any recommendations to shareholders regarding the Staples proposal, although Staples itself recently filed a proxy statement urging shareholders to reject the previous merger.

UPDATE: According to the Wall Street Journal, S.P. Richards’ parent company, GPC, this morning confirmed that in light of the decision of Essendant’s Board, it will not be making a counteroffer, and “expects the deal agreement to end.” GPC remains of the opinion, however, that the S.P. Richards merger was “the superior proposal.”