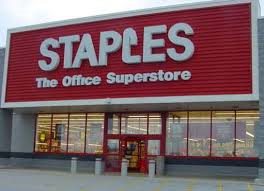 The office supply company has filed a preliminary proxy statement urging Essendant’s shareholders to vote down a proposed merger with S.P. Richards Co.

According to a company statement, the appeal to shareholders comes due to Staples’ belief that “the SPR merger is inferior and presents significant antitrust risks that could delay or prevent the transaction from closing.”

Staples is certainly no stranger to antitrust legislation, with its attempted takeover of Office Depot blocked on the same grounds back in 2016.

Last month, The Recycler reported that the company was making its “first major move” since the Office Depot disappointment, with a takeover bid for Essendant, but that it faced competition from S.P. Richards.

In an attempt to see off that competition, Staples has published an open letter to Essendant’s shareholders, who have already previously voted in favour of the SPR deal.

“Your proposed merger with S.P. Richards has very significant regulatory uncertainty and risk, given that it is a horizontal merger to what would appear to be a monopoly,” the letter reads. “Moreover, there is no apparent remedy that could be undertaken that would allow for the transaction to close. Your agreement for the S.P. Richards merger does not provide you with any protection if it is blocked, and your own disclosures make it clear that you will not even know whether you can obtain regulatory approval until the end of the year.”

Staples also warned of a negative impact on Essendant’s share prices were the SPR deal to be voted through, claiming to shareholders that “if your proposed transaction is blocked, Essendant’s stock could fall to below $5 (€4.30) a share — we would then be in a position to acquire Essendant for well below $11.50 (€9.89) a share.”

The missive continued: “Enclosed with this letter is an Investor Presentation that we filed today, which includes pages previously provided to you regarding our views concerning the value of your proposed merger with S.P. Richards. The Investor Presentation demonstrates that the market was right in valuing your proposed merger at below $10 (€8.60) a share — and that was before your more recent disclosures of the weakness in the operations and outlook for both you and S.P. Richards’ business.

We believe that our $11.50 (€9.89) offer already is far superior to your highly uncertain proposed merger, and would note that none of the information you have shared with us has changed our view on value. Nevertheless, in order to come to a negotiated transaction, we continue to be prepared to engage to see if we can reach agreement through a potential increase in price. However, in that context, it is important to recognize that the current trading prices for your stock are based on takeover speculation and unrealistic price expectations.”