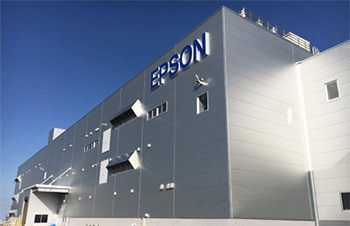 The OEM is facing a class action lawsuit in the USA, brought against the company by a New York resident on behalf of himself and others who have been impacted by Epson’s firmware updates.

Legal documents viewed by The Recycler reveal that New York resident, Steven Summer, has filed a Class Action Complaint against Epson with the United States District Court for the Eastern District of New York.

This complaint regards a firmware update which Epson first announced in 2016, that subsequently blocked the use of third-party ink cartridges in Mr Summer’s Epson XP-630.

The documents explain that the OEM’s update made printers “less functional”, as devices which had previously accepted third-party ink cartridges “now began displaying an error message”.

As a result, both Summer and other consumers, who opt to purchase lower-cost third-party ink cartridges, “have now been injured because their printers have been purposefully disabled”.

Epson’s implementation of the firmware update “has damaged the printers in violation of the Computer Fraud and Abuse Act” and the OEM’s conduct violates Section 2 of the Sherman Antitrust Act as Epson has “monopoly power over the Epson printer ink market”.

The documents explain that “All of these actions have impacted consumers across the country who purchased Epson printers and installed the firmware update.”

They also go on to cite Epson’s 2018 Annual Report, which “highlighted the earnings risk associated with the fact that competitors’ ink cartridges can be used in Epson printers.” This report recognised that Epson “must compete by innovating new products or enforcing its intellectual property” but did not mention that Epson might “make its printers less functional for consumers after purchase.”

The documents explain that firmware updates released by OEMs “fix vulnerabilities” but they can also be used “deceptively to restrict the functionality of the hardware.”

In late 2016 or early 2017, Epson rolled out a firmware update for its printers which then stopped those printers “functioning with third-party ink”. The documents revealed that the OEM “never reasonably or adequately informed customers” that the update would have this effect. Epson’s actions “prompted a flurry of complaints and criticism from consumers and advocacy groups.”

Mr Summer, who had purchased third-party ink from E-Z Ink Cartridge Replacements and CMTOP Remanufactured Ink Cartridges, installed the firmware update on his printer in October 2018, and when his printer refused to function with the third-party cartridges, he was informed by an Epson technician that he would have to use the OEM’s brand ink going forward. Mr Summer wishes to continue using third-party ink, which he could if Epson were to release an updated version of the firmware.

He is bringing the class action complaint on behalf of himself and others similarly affected. Mr Summer is seeking a trial by jury for all claims against Epson.