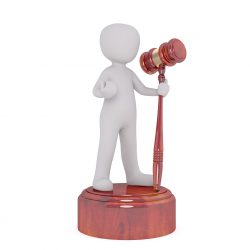 Canon Inc. and Canon U.S.A., Inc. have announced the final victory in their defense of a long-term patent dispute against Technology Properties Limited LLC (TPL) and MCM Portfolio LLC (MCM).

In March 2012, TPL and MCM (described by Canon as the Plaintiffs) commenced litigation against Canon in both the U.S. International Trade Commission (ITC) and the U.S. District Court, accusing nearly 200 Canon products of infringing U.S. patents relating to flash memory card readers.

In December 2013, Canon explained that the OEM prevailed at the ITC on grounds of non-infringement. Additionally, in September 2016, the district court ruled in Canon’s favour and held that none of Canon’s accused products infringe any of the asserted claims of the patents-in-suit. Canon then sought—and was awarded—its attorneys’ fees in the amount of nearly $1.8 million (€1.5 million).

In early 2017, the Plaintiffs appealed both the district court’s ruling and the fees award to the U.S. Court of Appeals for the Federal Circuit. On 11 April  2018, the Federal Circuit affirmed both the district court’s non-infringement determination and its award of attorneys’ fees, and the Plaintiffs chose not to appeal the affirmance to the Supreme Court, resulting in an across-the-board victory for Canon.

The Federal Circuit’s decision caps a six-year litigation during which Canon states it successfully defended its products at nearly every level of the U.S. judicial system.