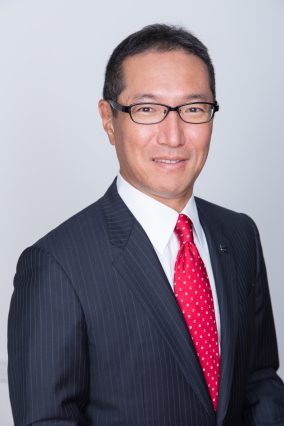 This announcement marks the culmination of a thirty-three year tenure with Canon Americas for Mr. Ishizuka, who also holds the position of Managing Executive Officer for Canon Inc. in Japan.

Canon U.S.A. has announced that Mr. Kazuto Ogawa will succeed Mr. Ishizuka in the role of President and Chief Operating Officer. Mr. Ogawa comes to Canon U.S.A. from Canon China, where he served as Executive Vice President. Mr. Ogawa brings with him over three decades of experience with Canon, including positions across the globe.

“I’d like to thank Mr. Yuichi Ishizuka for his strong leadership, visionary spirit and tireless dedication to Canon U.S.A., where he provided the same innovative direction that he will bring to his new role overseeing Canon Europe, Middle East and Africa,” said Joe Adachi, chairman and chief executive officer, Canon U.S.A., Inc. “It is with great honour that I announce the appointment of Mr. Kazuto Ogawa to the position of President and Chief Operating Officer of Canon U.S.A. On behalf of the company, I welcome Mr. Ogawa to our team and look forward to working alongside him as we continue to cement our status as an imaging leader.”

A graduate of Waseda University in Tokyo, Japan, Mr. Ogawa began his career with Canon Inc. in 1981. Between the years of 1995 and 2005, Mr. Ogawa held positions with Canon Singapore, Canon Hong Kong and Canon China before returning to Canon Singapore to serve in the role of President and Chief Executive Officer. In 2008, Mr. Ogawa was named President and CEO of Canon Canada. Following that, he was named as an executive officer of Canon Inc. in 2011. He was later appointed Executive Vice President of Canon China in February 2014, and became a managing executive officer of Canon Inc. in April 2016.