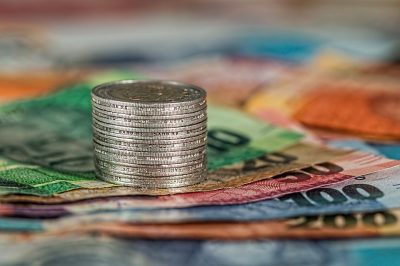 The OEM has released its latest financials for Q3 2017, reporting increases in revenue, business segment profit and operating profit.

Brother explained that, “As was the case in the first half of the year, the main causes of the increase were globally strong sales of laser all-in-ones and laser printers, both black-and-white and colour, as well as firm sales of machine tools to the IT, automotive, and general machinery industries.”

Sales increased by ¥7.2 billion ($65.9 million/€53.4 million). One main cause of the increase was an increase of approximately ¥4 billion ($36.6 million/€29.6 million) from strong sales in the Printing and Solutions (P&S) Business, including approximately ¥3 billion ($27.5 million/€22.2 million) in exchange rate effects from the elimination of unrealized inventory profit.

Fluctuations in prices caused a ¥200 million ($1.8 million/€1.4 million) decrease in profit, but the effects were almost entirely in the P&S Business.

Cost reductions resulted in a ¥700 million ($6.409 million/€5.1 million) decrease in profit, but the effects were almost entirely in the P&S Business.

Sales of communications and printing equipment in the third quarter were ¥98.5 billion ($901.8 million/€730.9 million), a year-on-year increase of 5.9 percent on a local currency basis. A breakdown of the increase indicates that sales of hardware increased 10 percent and sales of consumables increased 3 percent.

With regard to hardware, demand for compact black-and-white laser printers targeting SOHO users was high, and global sales were strong. In addition, sales of colour laser printers continued to grow at a rapid pace in the United States and Western Europe.

Concerning inkjet multi-function printers, the shift to ink-tank models in emerging nations is continuing, but the market in the United States and Western Europe is shrinking, and sales were down. The market in Japan is soft, but sales were up year-on-year in the third quarter.

With regard to consumables, demand was weak in the Americas but was generally firm on other regions.