4D printing could “reshape our world” 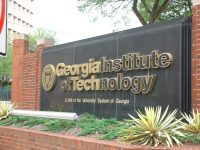 Scientists in the USA are claiming to have developed a powerful piece of hardware that is being termed ‘the 4D printer.’

According to EurekAlert, the printer is capable of creating self-assembling structures, that can change their shape following exposure to stimuli including heat. It is suggested the technology could find uses in industries such as aerospace and medicine, among others.

The technology, referred to as 4D printing, is an emerging one, which allows 3D printed components to change shape, over time, and after exposure to environmental triggers such as heat, light, or humidity. It remains a challenge, however, as the mechanical programming of each component requires post-processing steps which are complicated and time-consuming. As well as this, many commercial printers currently available only have the capability to print from a single material.

Dr. H. Jerry Qi, of the Georgia Institute of Technology, spoke of the importance of the development, saying: “We are on the cusp of creating a new generation of devices that could vastly expand the practical applications for 3-D and 4-D printing. Our prototype printer integrates many features that appear to simplify and expedite the processes used in traditional 3-D printing. As a result, we can use a variety of materials to create hard and soft components at the same time, incorporate conductive wiring directly into shape-changing structures, and ultimately set the stage for the development of a host of 4-D products that could reshape our world.”

Qi and his colleagues last year created 4D objects using a commercial printer and a heat source, in collaboration with scientists from the Singapore University of Technology and Design. The team used a composite material from an acrylic and an epoxy to create objects such as a flower that can close its petals, or a star that can morph into a dome. Owing to the aforementioned mechanical post-processing steps, the objects shifted-shape “up to 90 percent faster than previously possible.”

They are now trying to devise a similar machine for practical application, which will involve four different printing techniques (including inkjet), and will be able to handle multiple different materials of varying stiffnesses and elasticities.

The team has also teamed up with Children’s Healthcare of Atlanta, to investigate if the new technology may prove able to print prosthetic hands for children who were born with malformed arms.

“Only a small group of children have this condition, so there isn’t a lot of commercial interest in it and most insurance does not cover the expense,” explained Qi. “But these children have a lot of challenges in their daily lives, and we hope our new 4D printer will help them overcome some of these difficulties.”

The team will present their work so far at today’s 255th National Meeting & Exposition of the American Chemical Society, the world’s largest scientific society.