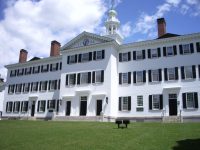 A team of researchers at New Hampshire’s Dartmouth College has created a “smart ink” capable of turning 3D printed structures into objects able to change their colour and shape.

Reporting on the story, phys.org claimed the development “promises to add even more functionality to 3D printing,” and could even help “pave the way to a new generation of printed material.”

The advancement, in the field termed ‘4D printing’, is reported to provide “a low-cost alternative to print precision parts for uses in areas ranging from biomedicine to the energy industry,” as well as being useful in the immediate term to materials chemists and 3D printing engineers.

According to phys.org, most 3D printing works through reliance on photo-curing resins, which results in rigid plastic objects being produced, albeit with random molecular architectures. However, the new development “allows designers to retain specific molecular alignments and functions in a material and converts those structures for use in 3D printing.” Through using new techniques in the processes both pre- and post-printing, the team were able to reduce objects that had already been printed to just 1 percent of their original size – but with ten times the resolution. Objects could also be animated to expand and contract repeatedly, and even change colour, thanks to fluorescent trackers that respond to external stimuli – such as light.

Chenfeng Ke, assistant professor of chemistry at Dartmouth College, declared: “This technique gives life to 3D printing objects. While many 3D printed structures are just shapes that don’t reflect the molecular properties of the material, these inks bring functional molecules to the 3D printing world.”

Ke added: “We can now print smart objects for a variety of uses.”

The development will allow high-resolution objects to be printed using inexpensive printers, as opposed to the much more sophisticated models that were previously required.

Ke continued, describing the technology as “something we’ve never seen before. Not only can we 3D print objects, we can tell the molecules in those objects to rearrange themselves at a level that is viewable by the naked eye after printing. This development could unleash the great potential for the development of smart materials.”