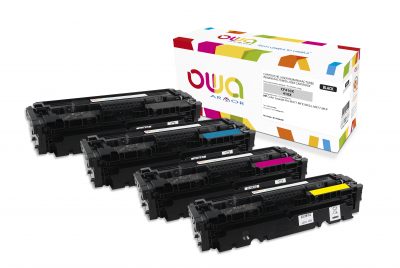 ARMOR Office Printing has revealed that it funnelled €150,000 into R&D during 2018, in line with EU Directives.

The company has commented, “The management of the OEM and remanufactured cartridges in Europe is very strict. The various regulations include the conformity of the cartridges with European standards (WEEE, REACH and RoHS directives) and the intellectual property framework. They are intended to protect the health and living environment of the European Union citizens while ensuring the sustainability of the products. These regulations apply to printing consumables produced in Europe, but according to ETIRA, European border control is not enough to protect the user and inform them towards the composition of these “new-built” non-OEM cartridges imported in Europe.”

On 27 September 2018, ARMOR went on to explain, ETIRA issued a statement alerting the presence on the European market of “new-built” non-OEM cartridges with a hazardous level of chemical content (including DecaBDE).

“As of today, more than 5 million “new-built” non-OEM cartridges, and so potentially not reusable, are present on the European market. This is the overall quality of the offer and the security of the users, which are at stake. Choosing a cartridge remanufactured by ARMOR means choosing a consumable that is eco-responsible,” stated Gerwald van der Gijp, Managing Director of ARMOR Office Printing and member of the Board of Directors of ETIRA.

Citing its “thirty years of industrial know-how”, ARMOR Office Printing says it has become “an expert in the production of remanufactured printing consumables”.

Furthermore, ARMOR Office Printing says it commits itself to respect the European Intellectual Property Directives for the design of its cartridges.