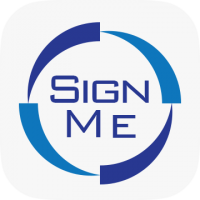 The OEM’s partner, MidAmerica, a managed print services provider, has released an app tailored for Xerox’s ConnectKey which will allow businesses to create personalised sales brochures.

As CRN reveals, the SellMe app, which was released earlier this month, “lets users update sales and marketing collateral across their organisation from a single location”, according to Patrick Leone, MidAmerica’s founder and CEO.

These documents can then be printed out straight away via any connected Xerox AltaLink or VersaLink device, “or emailed directly to customers through the app interface.”

“For a marketing department, they would want to have control over the messaging and the brochures. The salespeople don’t really have to worry about it. All of their information plugs in automatically,” said MidAmerica CIO Glenn Leone.

The app was demonstrated by Patrick Leone to Xerox senior management last month, revealing that the OEM’s team “came away highly impressed.” He noted that the app has wide potential, being suitable for “midsize legal, healthcare and real estate businesses”.

“At a big real estate chain, one person can be responsible of putting up all the different properties that are for sale,” Patrick Leone said. “There’s someone at a realty company that does that. Whoever that is, now with the tool they can update the properties from their PC and pull off the ones that sold, put new ones on the market, reduce prices if needed. They can push that out to every Xerox machine instantly in four touches of the screen. No computer required.”

All documents or brochures which are uploaded to the app have the potential to be “changed at a later date”, Patrick explained, allowing their information to be kept current.

He also noted that Xerox has begun training 4,000 sales representatives in the demonstration of the app, and the OEM has been “conducting demonstrations” at the OEM’s printing solutions centre.

MidAmerica released another customised app to great success last year: SignMe, which allows users to “enter notes on the document once it is loaded as a print job and sign on the front panels of the Xerox machine”, eliminating the requirement for printing, filling out and scanning any document needing a handwritten signature.

Patrick said that MidAmerica hoped to release a future “Me” Xerox app bundle which would incorporate both SellMe and SignMe, as well as another custom app yet to be announced.