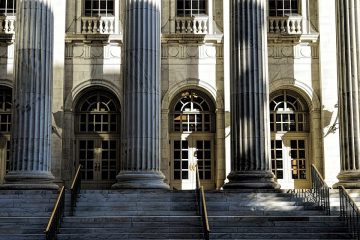 In April this year, five men were charged with 63 counts of fraud and attempted fraud against the OEM; now two of the defendants have pleaded guilty, with two more still facing charges.

As the Democrat & Chronicle reports, Kyle Haynes and Bryan Day have both pleaded guilty to conspiracy to commit mail and wire fraud against Xerox, as well as admitting to filing false tax returns, in a scheme which prosecutors allege cost Xerox over $21 million (€18.4 million).

However, there is an ongoing debate over the true scope of the fraud, with defence lawyers stating that the losses alleged by the prosecution are “significantly greater” than the actual fraud. The outcome of this debate will prove crucial to the sentencing of the two men, “as a federal judge’s ruling on the question could trim years off their ultimate sentences.”

As part of the scheme, Haynes and Day created a company called HDH Graphics (also trading under the name Aldar Securities), both of which were “sham printing companies”. Equipment was bought or leased from Xerox by a ‘middle man’, Robert Lee Fisher, who resold or leased it to the sham companies which were “expected to pay Xerox based on the number of prints they sold”.

From 2008 to mid-2013, the defendants lied about the amount of toner being used by their companies and sold the toner they received from Xerox to others.

The sentence they could receive for the crime of conspiracy could be between 63 and 78 months imprisonment.

Another of the men involved in the scheme, David Haynes, also admitted to the filing of false tax returns, and is to pay the government around $17,000 (€14,939). He could also face six months jail time.