Despite holding talks to avoid escalating the trade dispute, the US president declares new tariffs on further billions of Chinese goods, a day after ramping up duties on a range of imports China responds.

China is striking back at the United States as the trade war between the world’s two biggest economies continues to escalate. Beijing said Monday that it will increase tariffs from 10 percent to 25 percent on roughly $60 billion (€53 billion) worth of US goods. The change will come into effect on the 1st of June. This follows Friday’s increase in US tariffs on $200 billion (€178 billion) of Chinese exports.

The 10 percent tariff was introduced in September last year in response to the introduction of tariffs on a range of Chinese goods. The 1st of June increase to 25 percent will affect more than 4,000 items.

American concerns about access to the Chinese market and intellectual property theft were at the heart of the latest round of talks between US and Chinese negotiators that ended on Friday without an agreement. 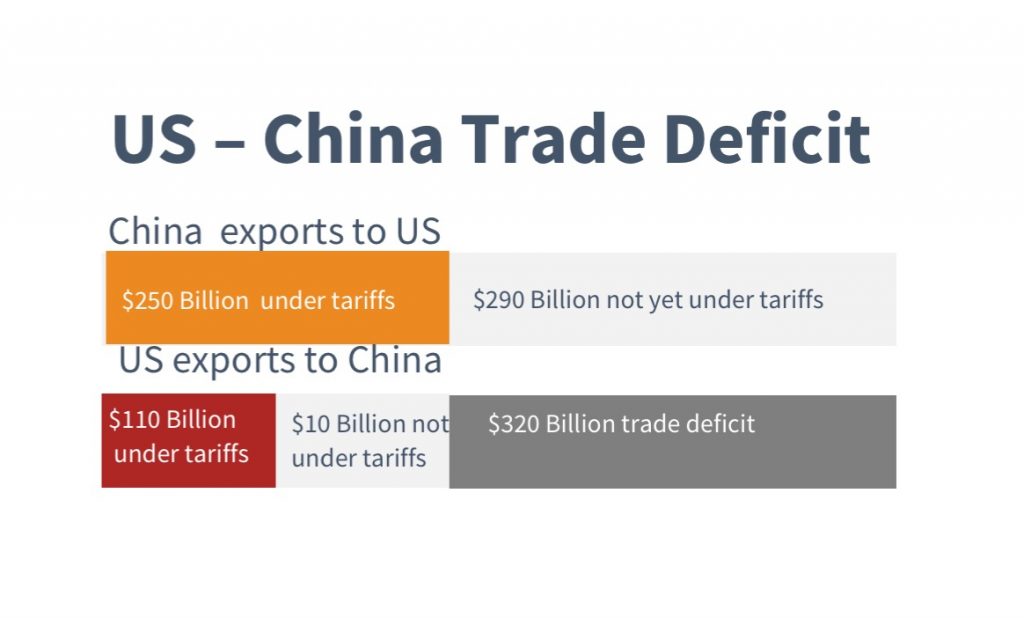 In February The Recycler reported that the International Data Corporation (IDC), said business spending on information and communication technologies (ICT) will be caught in “the crossfire of headwinds and tailwinds over the next five years,” as a softening global economy puts pressure on the ability of organisations to increase technology budgets; at the same time their growth and competitiveness is increasingly dependent on digital transformation, artificial intelligence (AI), and data analytics.

The trade dispute will have an impact on both sides and will see a slowing of global growth, which is not good news for the office imaging sector which continues to experience year on year decline.