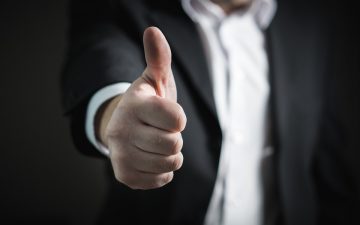 As reported earlier this month in The Recycler new-build cartridges are subject to the new rules and cartridges that violate the requirements of the Restriction of Hazardous Substances Directive (RoHS) are no longer allowed in the EAEU.

The stricter controls cover several product groups including telecommunications equipment and computers, printers and consumables and similar devices are being made compulsory in accordance with Technical Regulation 037/2106. The regulation limits the content of lead, cadmium, mercury, hexavalent chrome, Polybrominated biphenyl and Polybrominated diphenyl ether in electrotechnical and electronic products.

The EAEU TR 037/2016 is harmonized with the European Union’s Directive 2011/65/EU (RoHS 2), but varies in that instead of a simple proof of conformity, such as a manufacturer’s declaration, a RoHS test report from a test laboratory must be used as the basis for the confirmation of conformity.  Later this year, Russia will also adopt REACH requirements for toxicity.

Static Control sees this as a welcome change for the area as these regulations help ensure a cleaner future. “The company has spent many resources through the years to be able to provide the industry’s best compatible cartridge, not just in performance, but also in compliance. Our manufacturing operations have always met global standards that ensure we provide environmentally responsible products.” The company said.

“However, even with the best-laid plans, things can happen and in late 2018, it was discovered that a small number of Static Control cartridges tested positive for decaBDE, a fire retardant that is used in recycled plastics, but was finally prohibited by the European Union for its RoHS standards in March 2019. Static Control underwent the process of testing our entire product line, including components. Suppliers were reviewed, vetted and our agreements were strengthened to prevent this from happening again. We also continuously perform random product testing to ensure that suppliers are meeting their end of the agreement.”

Static Control added that it “has already conducted the necessary measures needed to not only have a cartridge offering that meets RoHS and REACH regulations, but any applicable regional environmental standards. In recent years, toners have also become more scrutinized as other potentially regulated additives have been discovered, such as formaldehyde. Static Control’s toners met all local environmental standards throughout Europe.

Also, it is important to note that Static Control has an in-house legal and technical compliance teams that reviews its products from a legal and environmental standpoint to bring you the most IP-considerate and environmentally compliant cartridge range.”