Q1 hardcopy shipments worse than expected in WE 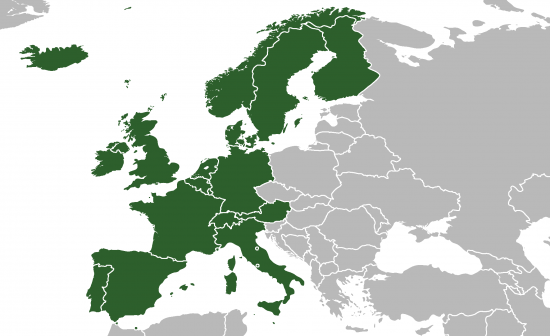 According to research by International Data Corporation (IDC), the Western European printer and multifunction (MFP) market declined by 6.9% in unit terms in 1Q20 compared with the same period a year ago, to give a market size of 4.33 million units.

This figure is in line with forecasts, but there was a shift towards affordable desktop devices as workers migrated from the office to the home and most education establishments closed, leading to home schooling, as the impact of the Covid-19 lockdowns began to take effect across Western Europe, IDC explained.

Inkjet shipments continued to decline as expected, but there were several subtle differences to previous quarters. Single function printers increased for the first quarter for a long time, monochrome printers and MFPs more than doubled largely down to business inkjets, and desktop A3 devices saw strong growth.

The laser market underperformed as shipments of both A4 and A3 shipments declined as some tenders and installations were cancelled or postponed due to the lockdown. There was negative growth in all technologies and product categories, but A3 shipments were particularly affected and some A4 providers couldn’t meet demand.

“Although some vendors had a successful quarter, the impact of the Covid-19 lockdown can clearly be seen,” said Phil Sargeant, Programme Director in IDC’s Western European Imaging, Hardware Devices, and Document Solutions group. “Growth in all segments was negative as retail, office, education, and manufacturing sites were closed or curtailed meaning that demand for printing devices slowed towards the end of the quarter.”

IDC highlighted that the overall Western European hardcopy market contracted by 6.9% year on year in 1Q20, recording a shipment figure of 4.33 million units, the value for the 1Q20 market in Europe declined by 9.0% to just over €2 billion ($2.16 billion). Inkjet shipments declined by 5.2% in 1Q20 and laser shipments for the quarter were down by 9.9%.

Most countries in Western Europe had negative growth in 1Q20 and half of them had double-digit declines. The main country highlights are as follows.

France
France shipments increased by 1.3% to remain the second largest market in Western Europe. Inkjet shipments increased 3.4%, with both consumer and business inkjets seeing increases. Both mono and colour shipments declined, but the A4 colour MFP segment did increase by 6.9%.

The UK
UK shipments declined 11.4%, with a poor performance in the laser markets as they declined overall by a fifth. There were effectively double-digit declines across most laser formats and product groups.

Italy
Italian markets declined 15%, and both the inkjet and laser markets were badly hit. Most segments saw double-digit declines but there were increases in mono inkjet devices and most of these were business inkjet devices.