Protesters turn out to support right to repair 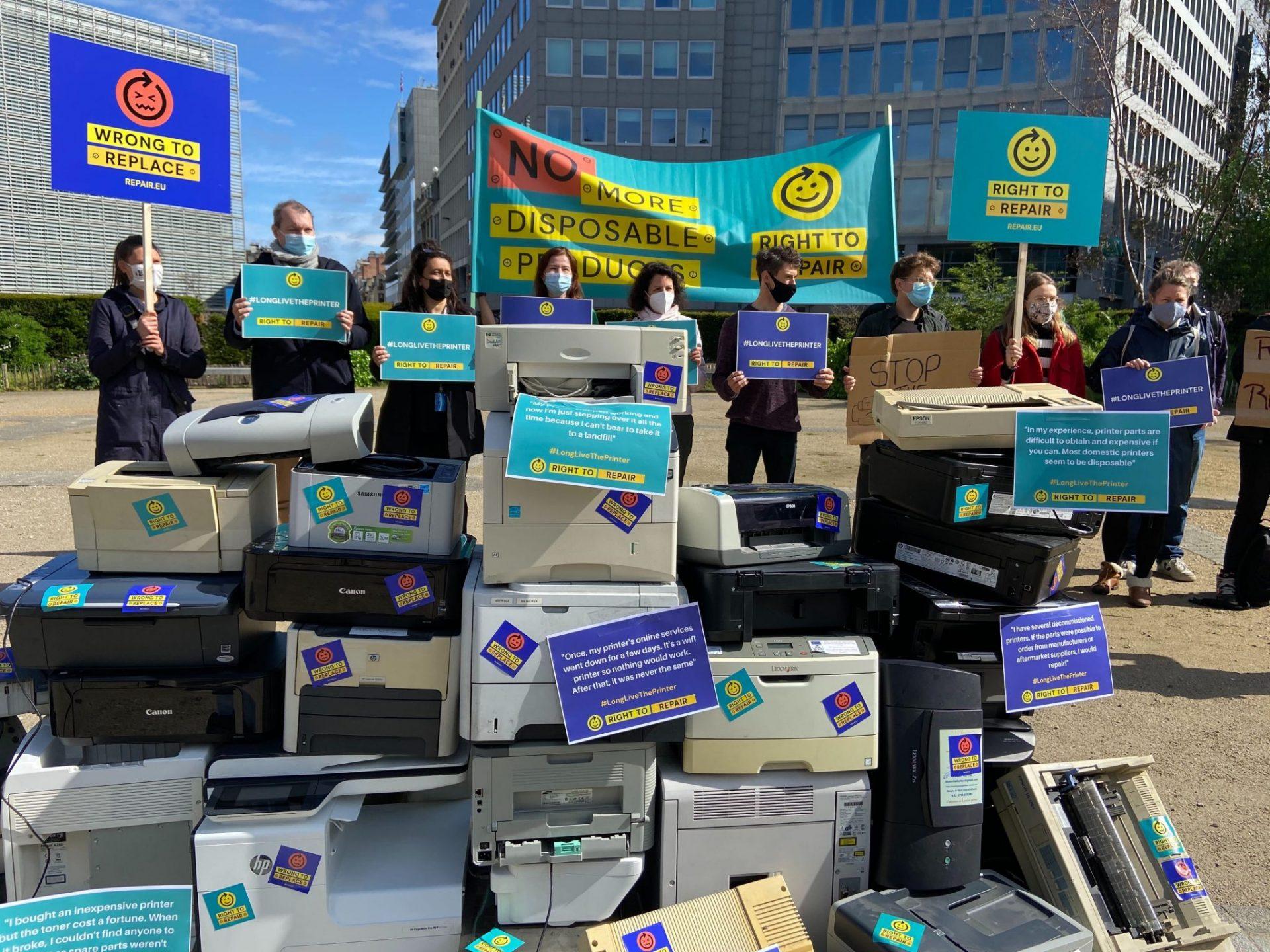 Protesters take to the streets of Brussels to support the right to repair and the failure of the voluntary agreement.

Protesters take to the streets of Brussels, well the Schuman roundabout, at the centre of the EU district, to support the right to repair. The demonstration is organised by the European Right to Repair campaign.

The demonstration, and a the “piling up end-of-life printers” in front of the European Commission and in the presence of some MEPs and the media, was to raise awareness “about the Commission’s continued inaction on this iconic destined to fail product [printers] …”

“The European Commission’s flagship Circular Economy Action Plan, adopted in March 2020, has set out to address the entire life cycle of products and tackle their premature obsolescence notably by promoting the right to repair for ICT products.” The Right to Repair campaign said.

Adding: “The Commission had rightfully identified printers as a particularly wasteful product, and committed to tackle them by means of a dedicated regulatory instrument “unless the sector reaches an ambitious voluntary agreement” by September 2020.”

Nearly one year later, the discussions on the voluntary agreement have not yielded any tangible results and said: “We need strong regulatory action now.”

“Printers are one of the most iconic examples of premature obsolescence and some of the least repairable products brought to community repair events. According to data from the Open Repair Alliance, only 37% of printers get repaired at events, while 33% are deemed end of life.” Said Chloé Mikolajczak, campaigner for the Right to Repair campaign.

Javier Martinez, President of ETIRA said:  “ETIRA supports the call for a Right to Repair. Remanufacturing printer cartridges and printers is textbook reuse, and could create thousands of new jobs here in Europe. It should be the no. 1 item on in Europe’s Green Deal and Sustainable Product policies.”

Analysis of the data from a report for the European Commission in 2019 indicates that “printer cartridges are a major source of uncontrolled proliferation of electronic waste in the EU. 100,000 tonnes of e-waste are created each year in the EU due to limited reuse and remanufacturing of cartridges.”

The Right to Repair campaign are “calling on the Commission to reject the voluntary agreement and to start working immediately on mandatory requirements addressing both the durability and repairability of printers as well as the reusability of cartridges.”