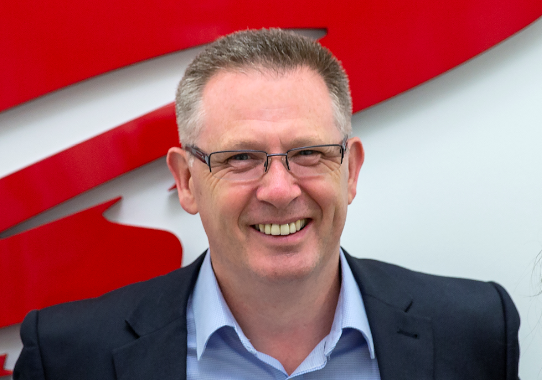 As the deadline for submissions and comments on the third version of EU’s Voluntary Agreement closes shortly the gap between the participants seems wider than ever. Static Control’s Ken Lalley shares his thoughts on the agreement.

Is time running out for a voluntary agreement to be signed off? The parties still seem far apart. Printer OEM’s, EU member states, NGO’s and even remanufacturers don’t seem to be able to agree on how the agreement might work, or even how you include producers of the 50 million non OEM cartridges imported into Europe each year.

If a VA, if approved, would it kick any legislation into the long grass and take the pressure off the OEM’s for the foreseeable future? Will larger remanufacturers have an unfair competitive advantage and exclude the smaller companies who are the backbone of the European reuse movement?

“Static Control has long been an aftermarket industry leader and is proud to support over 1,000 European remanufacturers – large and small. Given that we intend to continue supplying and supporting our incredible and valued remanufacturing customers with components for many years to come, when we see something that could impact them this significantly, we feel obligated to air our concerns.

To that end we have serious concerns regarding the Voluntary Agreement (VA) on Imaging Equipment proposed by 11 OEMs and a few of the larger EU remanufacturers. We felt called to action to stand up as a voice for our customers by shedding light on an opaque negotiation process leading up to the resulting anti-competitive proposal that distorts competition in the markets for printer consumables as well in the upstream markets for components.

While not allowed to meaningfully participate in the negotiation process, Static Control submitted comments to the EU Commission on the proposed VA and attended the 9 December 2020 consultation where the proposed VA was presented.

What is patently obvious is that neither of these criteria bear any rational or reasonable relationship to the stated environmental and circular economy objectives of the VA. Instead, these criteria will likely adversely affect the Commission’s objective to achieve a circular economy for printer cartridges and exclude many remanufacturers and component suppliers who are active on the EU markets for printer consumables.

Static Control is committed to supporting remanufacturers worldwide no matter their size. The proposed VA is not ambitious enough to protect the interests of all our EU remanufacturing customers. We look forward to the presentation of the proposals for targets and enforcement mechanisms for BAs during the consultation forum on 29th January and will continue to contribute constructive comments and work towards a process that affords fair and equal access for all our customers.”

Is the EU tired of VA’s?

The EU looks to be tiring of their strategy of relying on voluntary agreements with industry to try and get its way. It doesn’t seem to be working with the printer OEM’s and is failed abysmally with tech giants like Apple who refused to play ball when it came to a universal charger for phones, for laptops and tablets. The Recycler understands that the European Commission intends to push forward and propose new rules later this year, including standard chargers for smaller devices like e-readers and headphones.

Our take on the VA

The EU member states and NGO’s want a VA that is ambitious and works. The OEMs want the status quo and no legislation. If approved, this VA would be a sop to the ambitious goals that are needed.

The big stumbling block appears to be the setting of targets, and Member states are looking ambitiously at reuse and repair targets of 80% or more. A long way from the 10% – 20% we see in Europe. The OEMs would be happy with none but could probably live with the status quo.

80% is ambitious, but let’s set a goal to achieve 80% reuse across the hardware and consumables sector by 2030. Some of that will be easy, and some will be challenging. Indeed, it will need collaboration, not confrontation, and probably a whole new set of business models will need to evolve.

If the motor industry can transition from the internal combustion engine to electric cars, surely the imaging sector can significantly increase reuse.

However, the elephant in the room is the 50 million cartridges a year, new-build cartridge sector, which is not at the table, and no VA will apply to them, which is why legislation is the way forward.