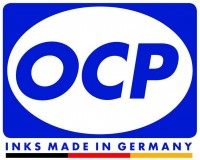 The Recycler understands that the assets, customer base and goodwill of  OCP, the German ink manufacturer, have been sold, following an intense round of final bids from interested parties.

Details of the asset purchase are subject to the German Insolvency Court’s approval and the deal should complete next week.

The successful bidder plans to issue details of the asset purchase and future plans once the court approval has been granted.

OCP GmbH, which was established in 1994 and grew to comprise multiple branches and more than twenty office distribution partners, filed for insolvency in July this year, with Attorney Hassan Ben Djemia placed in charge of collecting the bank balances and other claims, among other responsibilities. These insolvency proceedings followed the company’s announcement back in 2016 that it was discontinuing the distribution of certain items to help “maintain profitability”.