Messe Frankfurt is looking optimistically to the future 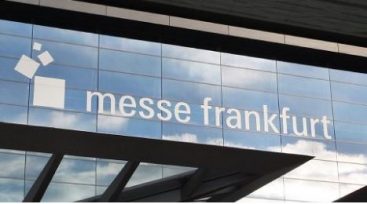 At Messe Frankfurt’s corporate press conference, President and Chief Executive Officer Wolfgang Marzin emphasised: “By 2023, we want to reach the same level of sales as we did in financial year 2019.”

Messe Frankfurt is the world’s largest trade fair, congress and event organiser with its own exhibition grounds. With just under 2,600 employees at 29 locations, the company generates annual sales of some €736 million ($826 million).

Mayor Peter Feldmann, Chairman of the Messe Frankfurt Supervisory Board, also stressed during the press conference: “The Group’s strength – which lies in its solid and strategically smart business and investment practices – is proving its worth more than ever today. I particularly welcome the counter-cyclical investments, be it in the exhibition grounds – as is the case with Hall 5 at present – or in strengthening its portfolio of events around the world.”

In the second half of 2020, Messe Frankfurt aims to resume its trade fair operations using a well-structured, clearly planned approach. With an extensive protection and hygiene concept, the Frankfurt Book Fair in October will be kicking things off at Messe Frankfurt’s Frankfurt base, followed by Formnext and Hypermotion. Nordstil is to be held in Hamburg at the beginning of September, while Nuremberg will be playing host to SPS in November.

Messe Frankfurt is also confident regarding its international business. Group events are due to resume in China as of mid-July. Many of the postponed events have been assigned replacement dates for this year.

Marzin said: “For Messe Frankfurt, the temporary lockdown in the event business does not mean that our work grinds to a halt.” The company is continuing to work on its future, adapting to changes and gearing its products accordingly. In spite of massive outflows in 2020, an exceptionally challenging year, Messe Frankfurt has sufficient liquidity to overcome the current situation. We are in a position to increase our liquidity reserves through financing measures.

Mayor Peter Feldmann was very pleased at the positive result for the past financial year, where – in spite of additional provisions for contingent losses of €20 million ($22 million) – consolidated annual net income was approximately €48 million ($54 million). A total of 423 events took place worldwide under the Messe Frankfurt umbrella, with 5.1 million visitors in attendance. This is 300,000 more visitors than in the previous year.

Marzin continued: “The trade fair landscape will continue to evolve through the coronavirus crisis and Messe Frankfurt will be actively involved. Digitalisation will also have an important role to play – but so will advancements in the area of safety.”

As Detlef Braun, Member of the Executive Board of Messe Frankfurt, stressed: “For our customers, online platforms like Nextrade – an ordering and data management portal facilitating digital 24/7 business relationships – and Conzoom Solutions are already an important addition for stimulating their stationary business.”

This year, Messe Frankfurt is offering its customers around the world a series of additional digital formats for the events that were postponed due to the coronavirus crisis. Uwe Behm, Member of the Executive Board of Messe Frankfurt, added: “The past weeks have shown how relevant it is to have a solid IT structure. This affects the company’s communication channels and the need to provide state-of-the-art digital platforms for our customers.”

Messe Frankfurt will expand its business model around virtual and/or hybrid modules and further increase the relevance and range of its events.

The Group is expanding its core areas of expertise at its Frankfurt base and worldwide. At present, a total of 18 new events have been planned for this and the coming financial year.

From 2021 onwards, Frankfurt will be a highly attractive and relevant location for the international fashion business. Fashion Week is moving from Berlin to Frankfurt. Braun added: “With Premium, Seek and Neonyt – Europe’s three largest fashion fairs in their respective areas – the FashionSustain and FashionTech conferences, over 2,000 designers, brands and fashion companies, we will be presenting a whole new ecosystem. Frankfurt Fashion Week will be a valuable addition to our Texpertise portfolio, which consists of around 60 global platforms along the entire textile value chain.”

At the Group’s Frankfurt base, its work on hall 5 is progressing according to plan. At the interface to the Congress Centre, which has been modernised from a visual and technical perspective, the new hall will be integrated harmoniously into the congress business on the exhibition grounds once it has been completed in 2023.

Behm emphasised: “We are making significant long-term and sustainable investments in our Frankfurt base. And, of course, the new building reflects our responsibility for future generations as well.” The contract with general contractor Zech Bau was signed at the beginning of March. This means that Messe Frankfurt is the only trade fair company that has succeeded in getting a general contractor under contract.

Messe Frankfurt firmly believes that, as was the case following severe financial and global economic crises in the past, trade fairs and congresses will play an important role in spurring on economic recovery and prosperity.

Marzin concluded: “With our events around the world, the Messe Frankfurt Group will be instrumental in stimulating the economy again.”