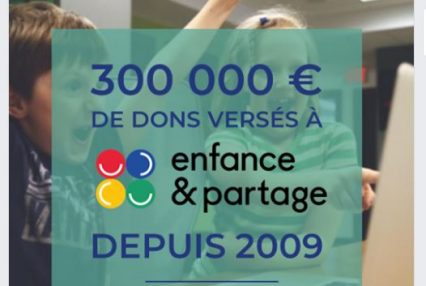 Enfance & Partage has been working for over 40 years to protect and defend “child victims of all forms of violence, whether physical, psychological and sexual”.

It’s President, Marie-Pierre Colombel, says, “For more than 20 years, we have focused on prevention, both for children and parents, adults and professionals, because our struggle to ensure the rights of all children is meaningless. if our actions are also aimed at avoiding abuses and the disregard of these rights

“In cases of violence against children, we help, among other things, the victims to reconstitute themselves psychologically but we must give ourselves the means to act the more upstream, with parents and also with children in the context of preventive education, for example, and we hope to reduce the number of these victims. “