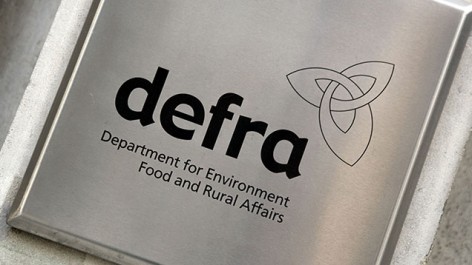 The WEEE compliance fees for 2017 will be set according to a methodology from the Joint Trade Associations, it has been announced.

Defra – the Department for Environment, Food, and Rural Affairs – has revealed that the compliance fees will include a flat rate of £3.50 per tonne, reflecting the costs of collecting and processing WEEE, reports letsrecycle.com.

The fee is an alternative mechanism used by compliance schemes and obligated businesses with insufficient recycling evidence to meet their collection targets for the year.

The methodology chosen to determine the fee differs on a yearly basis. In 2016, it was set by compliance scheme Valpak, which also submitted a proposal last year. The JTA has had its proposals used twice previously, in 2014 and 2015.

The compliance fee intends to deter compliance schemes from collecting volumes of WEEE far above their collection target, so that they may sell the surplus to other schemes who haven’t enough evidence to meet their obligations yet.

The methodology, according to Defra, is established in such a fashion that encourages compliance via the network of CA sites throughout the United Kingdom. The Joint Trades Association represents approximately 90 percent of companies obligated under the WEEE producer obligation, and has designed its methodology in a way that will apparently encourage collections “directly from local authorities.”

The further away a scheme is from its target, the higher the fee it must pay, proposals suggested. The initial proposal has been amended to include the £3.50 flat fee, which will “reflect variable costs associated with bid preparations for local authority collection contracts, on-going management of operational contracts and the costs of auditing,” according to Defra.

Susanne Baker, Chair of the Joint Trades Association, said: “The JTA is pleased with the news. We have worked hard to make sure that the proposal is robust and economically sound. The compliance fee needs to strike a delicate balance: it has an important role as a ‘safety valve’ for the compliance market, but also has to avoid acting as a disincentive to collect. This year we have structured the methodology to further encourage local authority collections and membership of the PBS, which we see as a now vital feature of the UK WEEE system.”