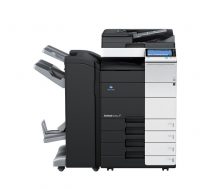 The tests, conducted by NTT Data, concluded that the printers were not vulnerable to major security breaches.

The hacking of vital, confidential information is a risk which businesses face daily on a global level. To address this concern, Konica Minolta engaged NTT Data, and their NTT Security division experts, to conduct multiple hacking attempts to ensure customers that the company’s bizhub line of MFPs were safeguarded against hacking intrusions.

Over the course of about 80 hours, multiple efforts were made to access the operating system of the MFPs by trained experts. This included attempts to access data stored on the hard drive, infiltration of the network via the MFPs, as well as the fax port and USB drive. All attempts to extract any data failed, ensuring the privacy of the stored information remained intact.

“The validation of our MFPs by a respected global security expert confirms the MFPs are well-fortified against hacking attacks, including brute-force tactics,” noted Dino Pagliarello, Vice President, Product Management & Planning at Konica Minolta. “The number of questions received from our partners and customers regarding the security of our MFPs have since dropped from a few times per week to zero since NTT Data and NTT Security performed these tests,” Pagliarello added.