KMP accredited with the Nordic Ecolabel 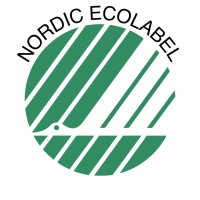 The German-based company has announced that, as of this month, it now offers Nordic Ecolabel-certified printer supplies.

This certification attests that KMP’s toner cartridges meet Nordic Ecolabel’s standards of quality and environmental protection, explains KMP, and the ecolabel confirms the tested products’ low impact on the environment, encompassing all stages of their life cycle.

Market surveys show that Nordic Ecolabel is recognised and accepted by consumers worldwide. State-owned non-profit facilities audited KMP’s Czech production site and found it to fulfill all their requirements, the company explains. For instance, the auditors confirmed that the production process satisfies the environmental objectives of international standard ISO 14001 to which KMP’s site was already certified in 2010.

The saving of resources is an important criterion of sustainability and thus a sine qua non for the Nordic Ecolabel certification. KMP successfully proved that their re-manufactured toner cartridges consist of at least 75 percent recycled components.

The company also convinced Ecolabelling Sweden, the responsible body, that they produced durable goods, thus efficiently managing the used raw materials. Single-use products – on the contrary – bind resources that the consumer has to dispose of after a short while. In order to assess the quality of the cartridges, Ecolabelling Sweden evaluated customer satisfaction by looking at the complaint rates. In all of the cases, KMP’s cartridges scored less than 1 percent of complaints and thus reached the target set by Nordic Ecolabel. KMP also gave proof of their cartridges’ high print quality and a comparable print capacity figures that have been attested by independent institutes.

In measuring sustainability, Nordic Ecolabel goes well beyond inspecting the production process. To reduce the exploitation of resources to a minimum, certified companies have to collect their empty cartridges and recycle or dispose of them according to law. KMP’s own recycling center “Save Resources” re-manufactures used cartridges and forwards those beyond repair to recycling companies. In doing so, KMP saved around 600 tonnes of raw material from incineration in 2018.

KMP says it will be presenting their cooperation with Ecolabelling Sweden for the first time at Paperworld 2019 in Frankfurt am Main: booth C81, Hall 5.1.