A container of HP inkjet cartridges that fell off a cargo ship in 2014 is helping scientists map how currents move pollution through oceans.

The container of HP inkjet cartridges was lost overboard in the North Atlantic in January 2014, east of New York. A new study by the University of Plymouth and the Lost at Sea Project has shown that printer cartridges are washing up everywhere from the coast of Florida to northern Norway and has also resulted in the items weathering to form microplastics that are contaminated with a range of metals such as titanium, iron and copper.

The first beached cartridges were reported along the coastline of the Azores in September 2014.

Since then, around 1,500 more cartridges have been reported on social media, with the greatest quantities along the coastlines of the UK and Ireland but also as far south as Cape Verde and north to the edge of the Arctic Circle. 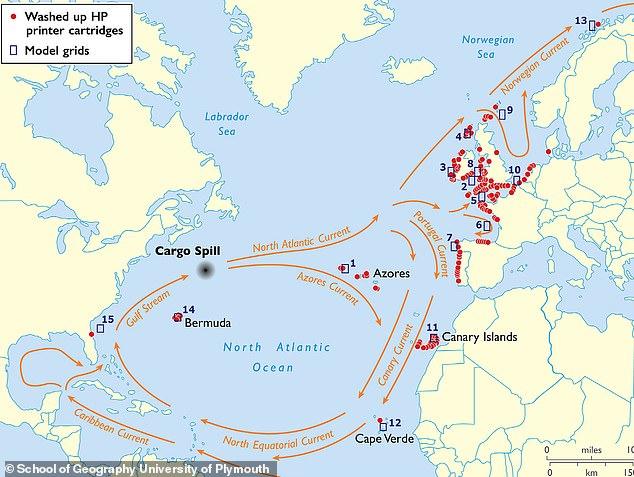 The study was conducted by the University of Plymouth and the Lost at Sea Project, who have previously worked together on research suggesting LEGO bricks could survive in the ocean for up to 1,300 years.

Writing in the journal Environmental Pollution, the researchers say the dates of first sightings suggested the cartridges travelled on average between 6 cm and 13 cm per second, demonstrating how quickly buoyant items can be dispersed across the oceans.

Through microscopic and X-ray fluorescence analyses, they also revealed a high degree of exterior weathering that resulted in the cartridge surfaces becoming chalky and brittle resulting in the formation of microplastics rich in titanium, the chemical fouling of interior ink foams by iron oxides, and, in some cases, the presence of an electronic chip containing copper, gold and brominated compounds. 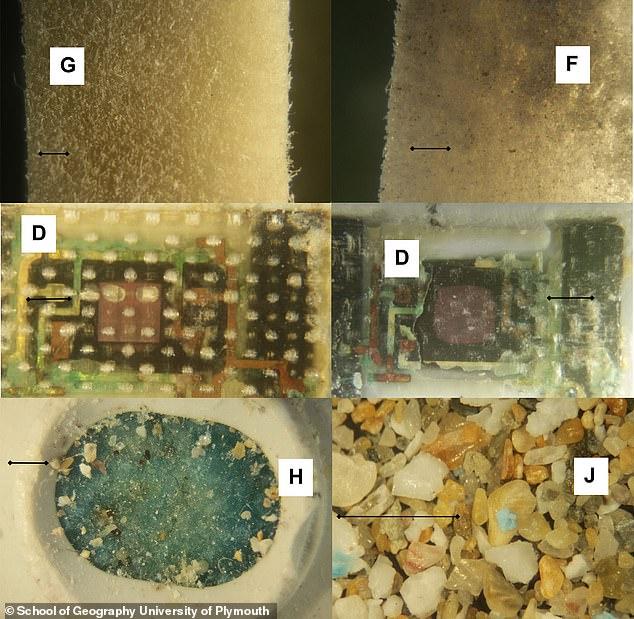 Significantly, the study’s authors say, the latter characteristic renders cartridges as electrical and electronic waste and means the finds are not governed by current, conventional regulations on plastic cargo lost at sea.

Our take on this: Hardly a day goes by without a container being lost at sea, but a container of inkjet cartridges that are spilling microplastics into the ocean is all the more upsetting.