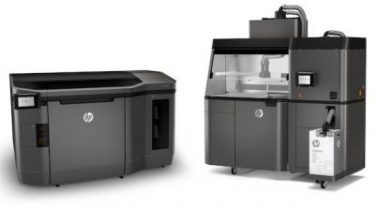 New data from CONTEXT has revealed an 18 percent and 30 percent year-on-year growth for polymer and metal-focused 3D printer shipments respectively.

Overall shipments in the first six months of this year were up by 22 percent, with plastic/polymer-producing printers climbing 18 percent, and metal 3D printers rising even further, by 30 percent.

Polymer-based 3D printers accounted for 68 percent of all Industrial printers shipped during the first half of 2018, and the ongoing rise of shipments from HP and Carbon more than took up the slack from Stratasys which, although it remains the industry leader, continued to struggle. While Q2 was “fantastic” for 3D Systems, the leading publicly-traded company in this market, most of its growth came from shipments of Design and Professional printers. The company began shipping new products – including the much-anticipated Figure 4 systems – in Q3, meaning the second half of the year is expected to be strong. While most companies focused shipments on North America and Western Europe, UnionTech remained solid “largely because of its focus on China,” according to CONTEXT.

The period continued to see even stronger interest in and growing demand for metal Industrial 3D printers, with shipments 30 percent higher than a year ago. All major vendors witnessed growth with EOS and GE Additive as joint leaders by market share. While they did not ship in bulk in the first half of the year, Desktop Metal has now begun supplying their lower-priced Studio system; with a strong and growing backlog of orders, CONTEXT declares that “this company is expected to enter the global Top 5 before the end of the year.”

Having just introduced its Metal Jet technology to the world, HP will also join leaders EOS, GE Additive, SLM, 3D Systems, TRUMPF and Renishaw in the years to come. HP will enter the metals side of Industrial 3D printing in what CONTEXT described as  “a slow and methodical fashion,” with the full market impact not expected to be clear before 2020. Like Desktop Metal’s first product (as well as its larger Production System which is set to hit the market next year), HP’s Metal Jet focuses on mainstream manufacturing across all sectors, rather than just the aerospace, automotive and medical industries where metal 3D printing already thrives.

In total, Industrial 3D-printer shipments represented 70 percent of total printer revenues in H1 2018. “The Industrial class of 3D printers is currently the most closely monitored, due to its ability to disrupt the $12 trillion (€10.5 trillion) global manufacturing industry,” noted Chris Connery, Vice-President for Global Analysis at CONTEXT.