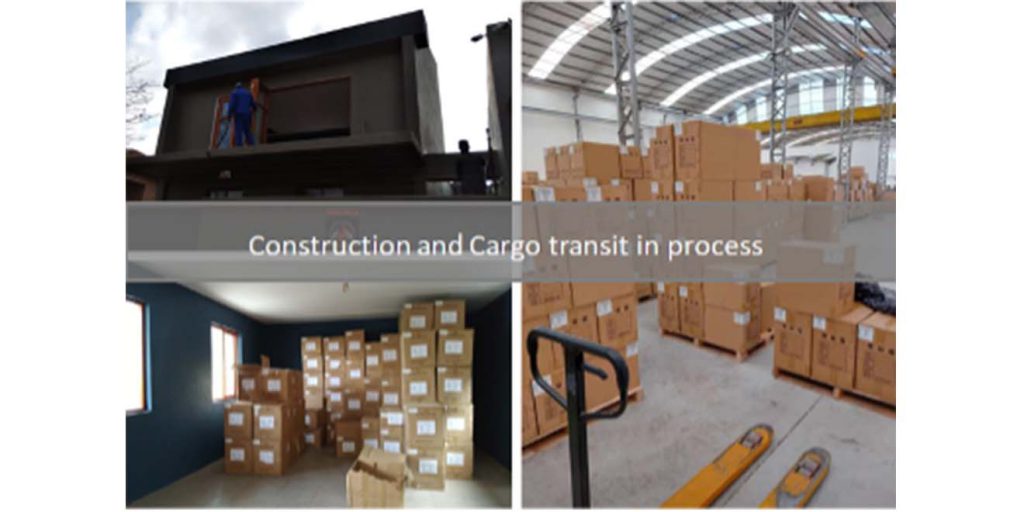 HYB and MR TONER South Africa are celebrating a new warehouse and distribution set up that will be constructed by end of November. The warehouse will be expanded from 3,400m2 to 12,000m2, making it three and a half times larger than the current set up. According to Mr. Maia, the owner of MR. TONER in South Africa, the demand of premium copier toner demanded the expansion of its branch in Africa. In order to ensure stable supply of HYB Toner for the demands it says it has from the dealers in South Africa, Mauritius, Zimbabwe, Angola and Zambia, MR TONER has acquired more space to expand their warehouse and facilities for the growing distribution of HYB’s toner.

“Even though wholesale of laser toner cartridges have been crashed by products with lower price and lower quality, dealers for copiers in different African countries still insist to take premium quality compatible toner such as HYB’s to replace their OEM products. My dealers are very satisfied about HYB’s products because it’s a true cost-saving without extra service and labor cost like when they used other cheaper products.” Tony Maia added.

MR TONER and HYB have been partnering for over twelve years in the market.