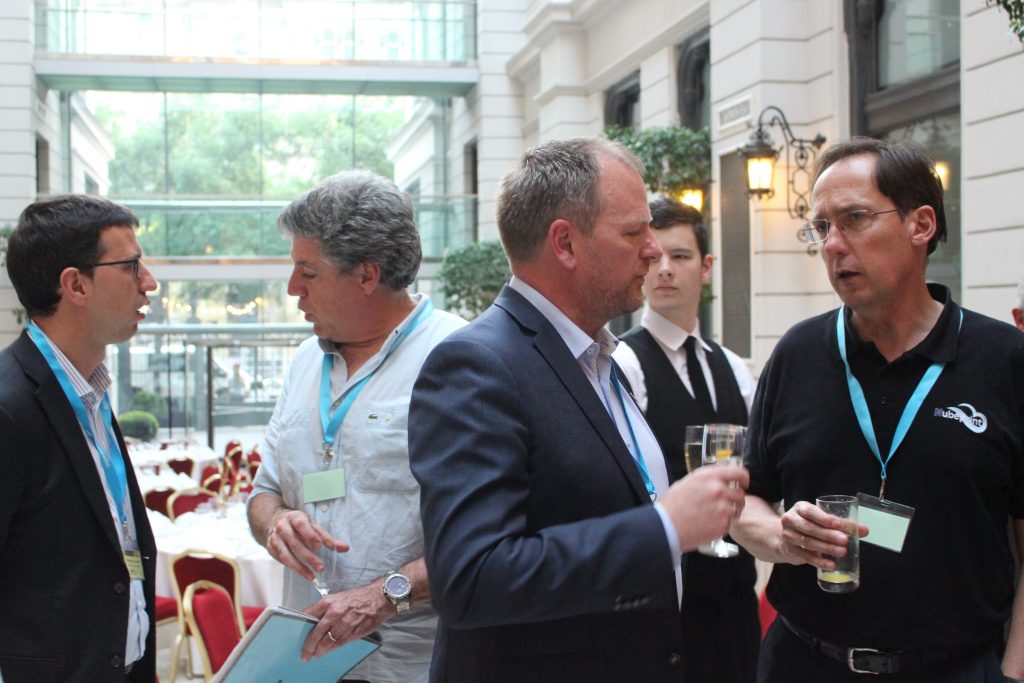 Hungary for change – The Recycler Live 2018

The audience at The Recycler Live: Budapest.

Last week was marked by this year’s staging of The Recycler’s annual summer conference, which brought the biggest names in the industry together in Budapest for two days.

The Recycler Live: Budapest saw some of the most influential and inspiring figures from the office imaging world come together at the Corinthia Hotel to network, share knowledge, and impart wisdom, with a focus on change and transformation frequently a talking point.

The two-day event itself began with a historic change, with ETIRA President Christian Wernhart officially stepping down after twelve years, to be replaced by former Editor of The Recycler, David Connett. On taking office at the trade association’s annual General Assembly on Thursday evening, Connett spoke of his desire to take ETIRA “on a journey”, and stated that “our whole philosophy has to be about reuse, not single use.”

This mantra continued throughout the conference, with the well-attended and well-recevied seminars, hosted by Lightwords Director Peter Mayhew, paying particular attention to the issue of plastic waste, and what part the remanufacturing industry can play in curbing it, whilst changing widespread public opinion towards reuse.

Delacamp CEO Volker Kappius spoke on the benefits and the importance of the circular economy, whilst Clover’s Scott Odom then discussed single use plastics, and the threat they pose to our planet; the session concluded with Speed Infotech’s Benjamin Young giving an insight into the remanufacturing industry in China, including the environmental advantages that it brings.

Other seminars including Zoltan Matyas of wta Carsten Weser discussing the importance of digital marketing, whilst Peter Mayhew himself also spoke, on personalisation and what it can do for your business. Lexmark’s Peter Csucska brought a local flavour to proceedings, with a talk on the OEM’s Budapest-based Shared Services Centre, whilst Javier Martinez also tapped into the feelings of industry positivity around the conference, stating “the wind is strong, and its blowing in our direction.”

As always, the event also provided a great chance for hundreds of visitors and delegates to come together and network, with ample opportunities over the course of the day, reflected in the copious amounts of conversation happening in every corner, with warm handshakes aplenty throughout the 36 hours.

All participants declared The Recycler Live: Budapest “a great success”, with many new connections made, deals struck, and friendships renewed as the sun set on Friday evening. Peter Mayhew rounded off the conference, voicing pleasure at the energy and optimism of the event, and praising that there “was no shortage of ideas.” He concluded with an invitation for all attendees to return at 2019’s event, and at the Remanexpo trade show at Paperworld 2019 in Frankfurt in January.

The event was genereously supported by sponsors Biuromax, Connett & Unland, Heinz Demski, Lightwords, Messe Frankfurt, Speed Infotech, and wta Carsten Weser. The Recycler will bring you an in-depth and illustrated report of this year’s conference in a forthcoming issue.