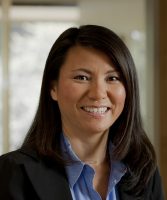 The OEM has announced the appointment of Yoky Matsuoka to its Board of Directors.

Described by the company as “an accomplished executive and technologist who brings more than two decades of leadership experience to the HP Board,” Matsuoka is currently a Vice President at Google’s newly-formed healthcare technology group.

“We are delighted to welcome Yoky to the HP Board of Directors,” said Dion Weisler, President and CEO of HP Inc. “Her pioneering work in fields such as robotics and artificial intelligence has consistently yielded breakthrough innovation across multiple industries. The breadth and diversity of her experience will be a valuable addition to our Board as we continue to execute our strategy for sustainable long-term growth.”

Throughout her career, Matsuoka has held innovation-centric roles in both Silicon Valley and academia. She joined Google from Alphabet’s Nest business, where she served as Chief Technology Officer; prior to this, she was head of innovation and co-founder of Google[X], the company’s innovative research and development lab. She has also served in a senior executive role at Apple, and was CEO of Quanttus, a wearable health technology start-up.

Matsuoka was an endowed professor at Carnegie Mellon University and the University of Washington. While at the universities, she founded and directed the Centre for Sensorimotor Neural Engineering, and served as Director of the Neurobotics Laboratory with a focus on developing robotic devices.

She is a MacArthur Fellow and has received the Excellence in Achievement Award from UC Berkeley and the Presidential Early Career Award for Scientists and Engineers.

Announcing Matsuoka’s appointment, HP claimed that its Board of Directors is “one of the most diverse of any technology company in the US.”