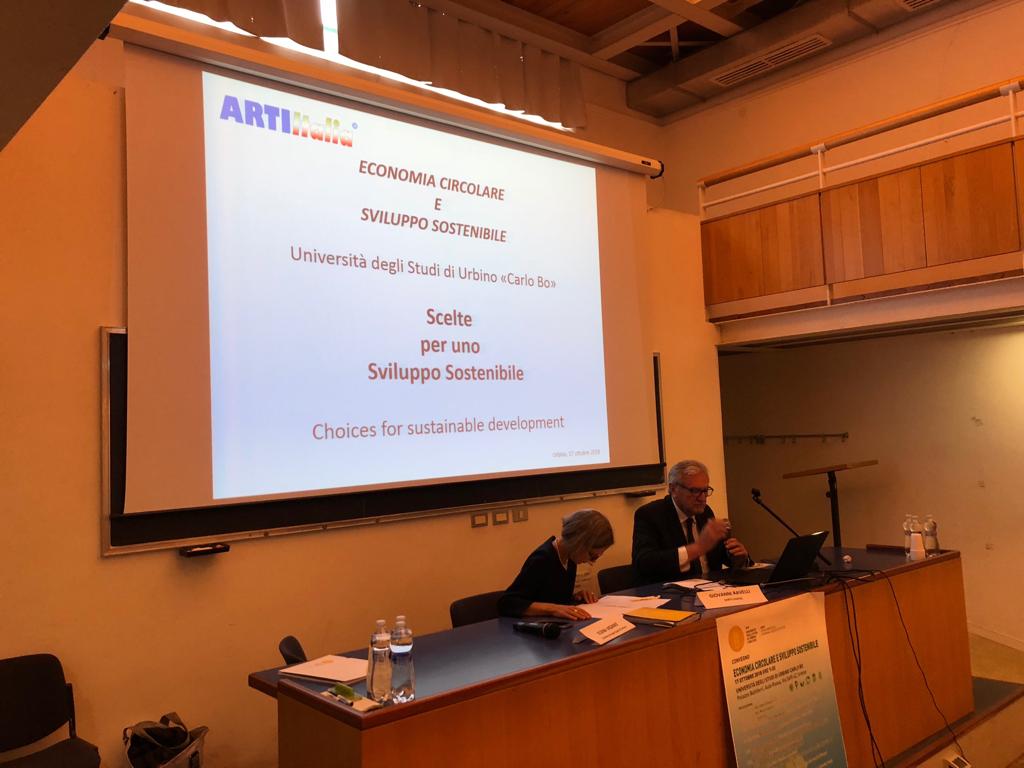 The University of Urbino recently played host to a convention on cartridge remanufacturing, attended by industry insiders and academics, with the central theme of the event being the circular economy and sustainable development.

As Giovanni Ravelli, Key Account Manager at Turbon and ARTI-Italia President revealed, “In many industrial sectors, as well as in the printing consumables sector, OEMs pursue economic policies that are almost exclusively concerned with planning the obsolescence of products in order to move monetary resources to the advantage of a few and to the detriment of many. It is a pity that in doing so we often forget the complementary factors that concern Ecology, Labour and Social Policy.”

The convention, held on 17 October 2018, covered these issues and more, and enjoyed an illustrious location at the University of Urbino, which was founded in 1506 and is one of the oldest universities in Europe.

Professors Fabio Musso, pro-rector of the university and Professor Alessandro Dragoni, organiser of the event and author of the book published by ARTI-Italia on the regeneration of print consumables, conducted the presentations.

Among the speakers was Consip, Lidia Capparelli, who have a talk on the commitment of the public administration to GPP (green procurement). It was indicated during the presentation that “good practices following the introduction of CAM (minimum environmental criteria) for printing cartridges would require greater competence on the part of the contracting authorities.”

Mats Björkman (Department of Management and Engineering, Linköping University, Sweden) also spoke at the convention, presenting the topic of resource efficiency through circular economy and regeneration. Björkman effectively illustrated how SAAB’s hunting reconstruction is as economical and environmentally friendly as the regeneration of OEM toners, explained Ravelli.

Finally, Javier Martinez of Embatex Iberia revealed the lack of regulation in an anomalous market such as that of printing consumables, where, in the presence of only 4 manufacturers of printers for the domestic market, there are 23,000 SKUs that make their preparation for reuse extremely difficult.

Therefore, explains Ravelli, there is a call for a European ECO Label that defends consumers in their rights to freely and consciously choose the products to buy.

ARTI-Italia has already been underlining the risks that are being taken when using clone compatible NBC cartridges, which Ravelli says “overcome most  quality  and health  legal  standards,  as recent studies have revealed,  and  for  example, are made of harmful plastics containing brominated bromides banned by European standards on health and health protection.”

Ravelli concluded by offering “a big thank you” to the convention’s hosts at the University of Urbino, which he described as “one of the most beautiful cities in Italy”.