Greentec featured on ‘In Your Backyard’ 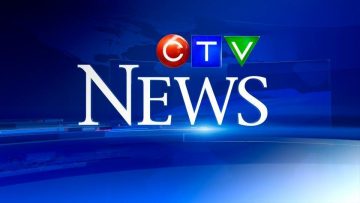 Tony Perrotta, Greentec’s President, CEO and Founder, has been featured on CTV Kitchener’s show, In Your Backyard.

The show was filmed on location in Greentec’s warehouse, where Perrotta explained “all electronic devices end up at end of life”, with Greentec helping companies dispose of their unwanted e-waste “in a proper, environmentally friendly and secure way”.

He explained that among the products they receive are tablets, computers, laptops, TVs and phones – “you name it, if it’s got a circuit board in it, it’s going to end up here.”

Greentec employees demonstrated the process of “triage” for the various items of e-waste, sorting and separating them by category. As Perrotta revealed, this process is all done by hand, with the larger components being removed before the products are placed on a conveyor belt for further separation.

Perrotta also demonstrated the smaller products Greentec receives, which are also sorted manually to remove batteries and reusable parts such as memory chips.

Perrotta concluded by explaining that there is “a really big refurb market” with computer and printer specialists coming to Greentec for parts and components.