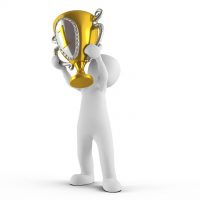 BLI has revealed the winners of its Winter 2018 Pick Awards in the Monochrome Printer and MFP categories.

Following on from the announcement of its prize winners in the Colour Printer and MFP categories, BLI has now unveiled the names of the four vendors which snagged its coveted Winter 2018 Pick awards in the Monochrome Printer and MFP stakes.

Xerox earned Picks for the standout performances and feature sets of its large workgroup models. “The VersaLink B600 and B605 Series models are designed to keep busy workgroups productive,” said Maceri. “The feature-rich models are fast, reliable, and very easy to use, whether from the intuitive touchscreen interface or the well-designed print driver. And because users can download and access ConnectKey apps right at the panel, they’ll see increased worker efficiency and time savings throughout the day.”