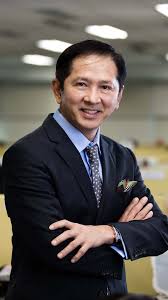 As the Straits Times reports, Mr Wong was sacked from his position for alleged misconduct in December 2017 following a special audit investigation commissioned by Fuji Xerox in September. The company cited the reason for his dismissal as being “his handling of several past transactions”, including agreements made in 2014 and 2015 to lease diving equipment to a company called Marine Offshore Services.

Mr Wong has been a long-serving employee of Fuji Xerox, starting with the company in 1980 and rising through the ranks to become managing director of the Singapore division in 2007.

He was sacked on 21 December 2017. In February 2018, he filed a lawsuit against Fuji Xerox, suing for $1.2 million (€1 million) in addition to claims for his salary, “loss of bonus and compensation for loss of benefits.”

Mr Wong claims that Fuji Xerox did not offer any specific reasons or evidence of his alleged misconduct, nor did it “give him a chance to respond” to the accusations. In addition, he “detailed the company’s growth and achievements under his leadership, including customer satisfaction rankings and awards for environmental practices.”

Fuji Xerox responded by saying that its auditors had intended to give Mr Wong opportunity to respond during their meeting with him, “but he left before they could do so.”

The company also stated that Mr Wong’s actions “in entering into various transactions caused it to suffer loss and damage, which were grounds justifying summary dismissal.”

Mr Wong said that the losses the company entailed following his previous deals “were commercial and business risks he had to take”, and added that “there were no apparent red flags when the contracts were signed.”